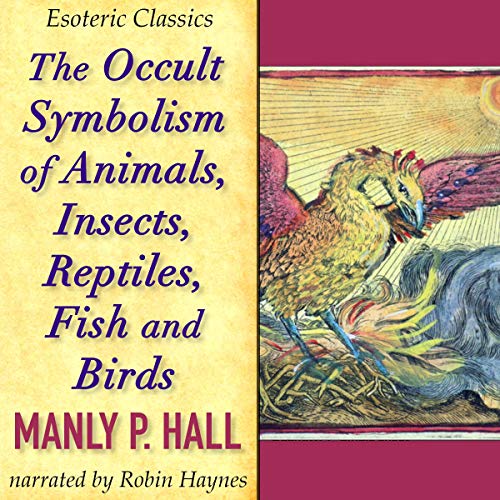 The Occult Symbolism of Animals, Insects, Reptiles, Fish and Birds

Renowned esoteric author Manly P. Hall examines worldwide and age-old myths and symbolism of various creatures across the globe. The creatures inhabiting the water, air, and earth were held in veneration by all races of antiquity. Realizing that visible bodies are only symbols of invisible forces, the ancients worshiped the Divine Power through the lower kingdoms of Nature, because those less evolved and more simply constituted creatures responded most readily to the creative impulses of the gods. When a creature is chosen to symbolize to the human mind, some concealed abstract principle, it is because its characteristics demonstrate this invisible principle in visible action. Fishes, insects, animals, reptiles, and birds appear in the religious symbolism of nearly all nations, because the forms and habits of these creatures and the media in which they exist, closely relate them to the various generative and germinative powers of Nature, which were considered as prima-facie evidence of divine omnipresence.

What listeners say about The Occult Symbolism of Animals, Insects, Reptiles, Fish and Birds

It’s basically the philosophies and views of different limited animals and why the people’s may have thought of them why they did. I tried to muscle thru this book, I really did, but one can only hear rambling for so long. The performance by the narrator was like sitting thru a monotonous lecture of some class that you took because it was required.
It does not mention any animal meanings In the way that the title indicates.
The book would be a good tool for for an anthropologist wanting a listen. But take it with a grain of salt.
I am a philosophical person...and even I did not like this book.

An absolutely fascinating book full of gems of antiquity. So riveting I sat through it in one sitting, riveted as to what information was to come next!