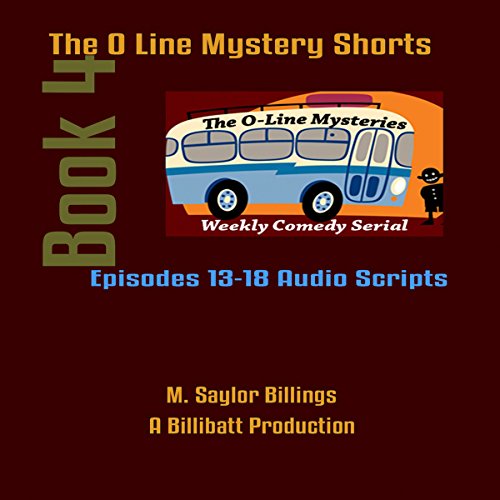 Set on Ohlone Island in the San Francisco Bay, island inhabitants Lorna and Annie have a penchant for discovering fraud, corruption,and murder. In episode 13, "Robbed by Numbers", Lorna's strategy to avoid joining the island book club backfires when she drags Roberta and Annie to a painting class at the local art gallery. The class should be an outlet for them as they deal with a crashing economy and Christmas around the corner, but when the class is robbed, the added stress of surviving such an attack may be too much for their friendship.

In episode 14, "SecretSanta", every Christmas Sally has to come up with a new way to trick Lorna into not opening her presents before it's time. As Annie tries to convince Lorna to relax and enjoy the holiday she too has become a pawn in Sally's master plan.

In episode 15, "Book Club Scandal", Lorna gets caught up in burglary and grand theft when she reluctantly joins the local book club and a rare Jane Austen is stolen from the nearly bankrupt independent book store.

And finally, in episode 18, "Trailer Park Tango", Lorna and Sally visit Sally's grandmother in a desert retirement village and find the community in a dither about home break-ins happening during their planned activities. With the thief in her sites, Lorna sets out to convince a young man caring for his grandfather to seek help from his elders.

Following in the footsteps of classic radio dramas, The O Line Mystery Shorts brings to life new stories for the digital age.