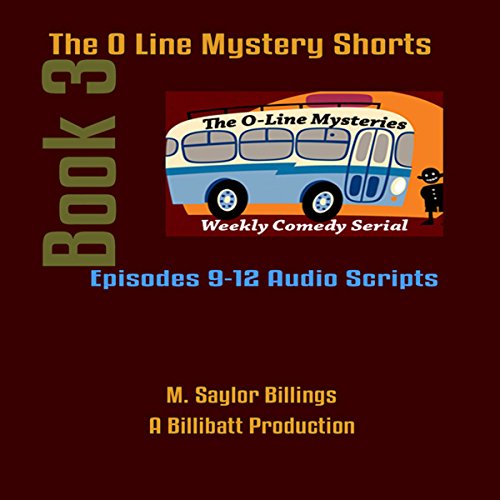 Set on Ohlone Island in the San Francisco Bay, island inhabitants Lorna and Annie have a penchant for discovering fraud, corruption, and murder. In episode 9, "The Rot is Deep", Detective Keeling isn't exactly honest with Lorna.... Lorna isn't exactly honest with Sally.... The California State Bureau of Investigations isn't exactly honest with the Ohlone Island government. But the"security" agency masquerading as a disaster response team is just flat out lying. When Lorna goes to Detective Keeling to report an "incident" he sees his chance to use Lorna's rabid curiosity to double cross the CBI and expose their waste of the islands resources. But not before Sally gets involvedand risks her job to help them both.

In episode 10, "Sally's Photo Club", Lorna's lends her support to Sally's hobbies by accompanying Sally on a photo club outing. When Sally discovers a photo she has taken of possiblerobbers in action, Lorna takes the photo's to the police department. But when Lorna is blown off by the police as a crank, she and Annie concoct another plan to catch the robbers in action.

And cozy up to the fire: Episode11, "Victorian Homes Tour (Part 1)", begins our two-part homage to Agatha Christie. Our cozy murder who-done-it starts when Lorna and Annie volunteer to be guides forthe island's tour of homes in the historic Victorian district of Ohlone Island.

Episode12 "Victorian Homes Tour, The conclusion": Annie has been drugged, Lorna has lost her cool...a few times, and Detective Keeling could lose his job if Detective Holloway, the laziest detective in the West, has his way. Oh, and there's a murderer running loose on the island.

Following in the footsteps of Classic Radio Dramas, The O Line Mystery Shorts brings to life newstories for the digital age. The companion book series, available exclusively on Kindle e-books, includes an introduction and the scripts that follow the stories evolution.