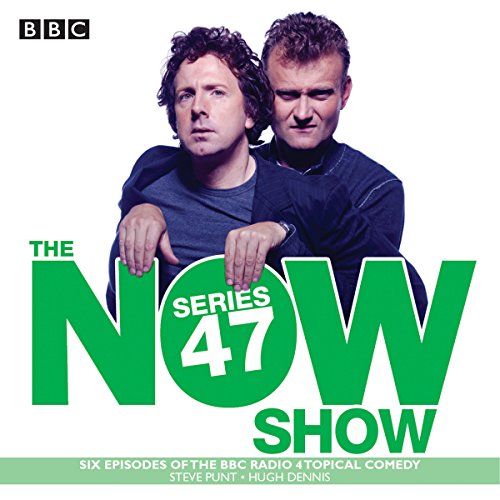 Six more episodes of the topical comedy show that takes a satirical look at the news, presented by Steve Punt and Hugh Dennis.

An entertaining blend of stand-up, sketches and songs, The Now Show sees presenters Steve Punt and Hugh Dennis joined by a host of special guests for a comic romp through the latest news, events and issues.

In these six episodes, recorded in front of a live audience, performers including Jon Holmes, Freya Parker, Holly Walsh, Grace Petrie, Mae Martin, Mitch Benn and John Finnemore get their teeth into a wide range of topics and speculate on what the future may hold in the worlds of politics and current affairs.

As always, everything is fair game, and nothing is out of bounds for the team, and subjects tackled include the John Lewis Christmas advert, the Paris terror attacks, the vote on Syrian airstrikes, the Sports Personality of the Year Award, flooding in the North, Donald Trump and Tim Peake.

This series was first broadcast on BBC Radio 4 in November and December 2015.

NB: contains humour and language that some listeners may find offensive.

What listeners say about The Now Show: Series 47