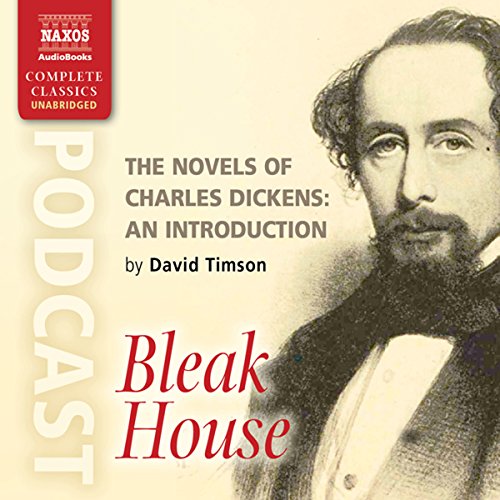 The Novels of Charles Dickens: An Introduction by David Timson to Bleak House

The Novels of Charles Dickens: An Introduction by David Timson to Bleak House

A complex plot of love and inheritance is set against the English legal system of the mid-19th century.

What listeners say about The Novels of Charles Dickens: An Introduction by David Timson to Bleak House

only barely an intro

I decided to listen to these before listening to the actual novels. David Timson does offer up a succinct intro to each work, touching on its place in Dickens' oeuvre, what motivated the author, influences, themes, and period reception. Thankfully, he's careful not to spoil the plot. The narration is excellent, especially the ones Neville Jason does. My only issue was that all these intros run to about 30 minutes but actually the David Timson introduction is only about the first five minutes. The rest is the first few pages of the book being read. Still, they're worthwhile to listen to (at least the first five minutes) before listening to one of the novels. They offer good context if you're not very familiar with Dickens' life and work.

Damnable excerpts not the complete novel

And damnably short excepts at that. An absolute disgrace not to represent it as that.

A short introduction to a Very Long Book

Would you listen to The Novels of Charles Dickens: An Introduction by David Timson to Bleak House again? Why?

I don't think I would listen to it again - Bleak House is one of my favourite Victorian novels, and Timson's introduction made me want to go and read it again. I enjoyed Timson's overview of the novel, but I'm more likely to reread the novel than relisten to the introduction. The introduction is probably aimed at people who want a general idea of what the book is about and who the characters are - there wasn't really anything new in there for me.

It was interesting to hear a brief overview of Bleak House - the introductions at the beginning of classic novels tend to be academic essays rather than actual introductions, so this audiobook did a much better job of introducing the novel.

He knows the book, he talks about the book, he doesn't go off on a thirty-page tangent about some obscure literary theory and doesn't reference sixty other novels that I haven't read...

No, but that really isn't what I was expecting from this one, so it's no criticism.

I do intend to listen to some more of Timson's introductions to the works of Dickens at some point, but perhaps not to the novels that I've already read.