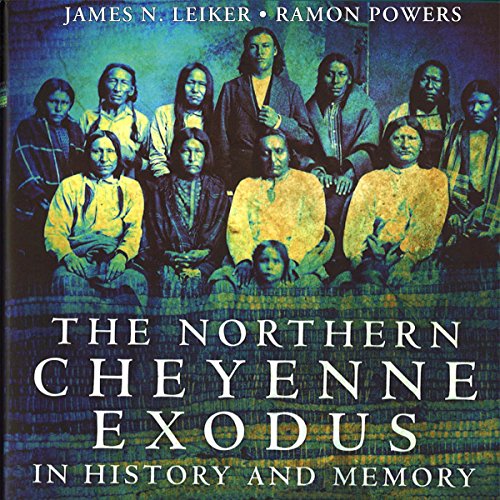 The Northern Cheyenne Exodus in History and Memory

The exodus of the Northern Cheyennes in 1878 and 1879, an attempt to flee from Indian Territory to their Montana homeland, is an important event in American Indian history. It is equally important in the history of towns like Oberlin, Kansas, where Cheyenne warriors killed more than 40 settlers. The Cheyennes, in turn, suffered losses through violent encounters with the U.S. Army. More than a century later, the story remains familiar because it has been told by historians and novelists, and on film. In The Northern Cheyenne Exodus in History and Memory, James N. Leiker and Ramon Powers explore how the event has been remembered, told, and retold. They examine the recollections of Indians and settlers and their descendants, and they consider local history, mass-media treatments, and literature to draw thought-provoking conclusions about how this story has changed over time.

"This important book provides a deep look into the historical context of the Cheyennes' flight, the extent of its investigation making it superior to previous scholarship." ( Great Plains Quarterly)
"Leiker and Powers significantly add to the conversation about how a shared experience of violence solidifies a group and reshapes its identity, particularly for Euro-American settlers." ( Journal of American History)