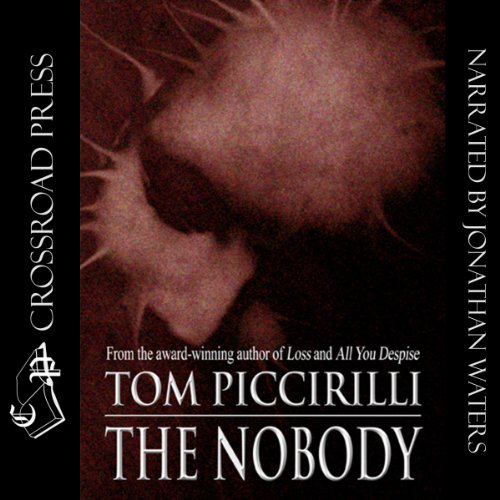 Cryer once had another name, but he can't remember it.

The man he used to be was stabbed in the head by an assailant. After months of catatonia, Cryer awakens in a mental facility to find that his former life is almost completely forgotten. He knows his wife and daughter have been murdered - he saw them die moments before his own assault - but his shattered mind is incapable of retaining their names. Or even his own.

Now Cryer is free again and trying to track down an elusive killer through his own unknown past. But how do you investigate the murders of your loved ones when you can't remember them? When you have no idea who your friends or enemies were? Where you lived and worked? And what secrets you might have once had and failed to keep?

And how is he supposed to deal with the little man who keeps crawling in and out of his skull?

Cryer is a nobody now, but that won't stop him from finding a vicious murderer and making him pay.

Praise for The Nobody:

"The Nobody is a dangerous exploration into the mind and soul of man. Piccirilli's beautiful prose allows us to take a peek into the abyss of our consciousness and shine a light into those places that warmth has long ago forgot. You cannot read this book and not be changed." (Larry Roberts, Bloodletting Press)

"Cliches: can't live with 'em but, as I discovered when I read this remarkable novella, you can't live without 'em. Part vigilante procedural part hard-boiled PI yarn and part examination of post-loss-survival weepie, The Nobody is Tom Piccirilli at his uncompromising best. The dialogue is so crisp it's like Leonard on speed, and the second and third pages are the literary equivalent of being hit in the face with a shovel. A roller-coaster ride? You bet. A page-turner, even? Yep, no question. A palpable atmosphere, larger-than-life characterization and impeccable plotting? They're all there. Like I said - cliches: can't live with 'em, can't live without 'em." (Peter Crowther, PS Publishing)

"A revenge tale almost mythic in its simplicity. Shocking, tragic, beautifully written, insightful and nuanced, mournful and uplifting - everything we've come to expect from Tom Piccirilli, done to perfection. From its brutal opening scene to its heartfelt final pages, The Nobody is Pic at his finest." (RJ Sevin, Creeping Hemlock Press)

This will be a Crossroad Press production.

What listeners say about The Nobody

A compelling, thrilling novella which sees a man recovering physically from a knife to the skull, bereft of family and all his memories, seeking to re-discover who he was and what was taken from him, before plotting to find the assailant and exact some revenge.

We follow Cryer's journey from the attack and murders and grievous injury, to recuperation and physical recovery, the object of police suspicion and hostility, to cunning investigator.

It's an incrediby sad tale of loss, with the over-riding quest for revenge the sole raison d'etre for living. There's no doubting Cryer's motivation here and it's an easy decision to jump on board and root for him.
Along the way we learn his former habits, his career and lifestyle, his weaknesses and failings, and his bond with his daughter which helps unlock the key to his quest.

The Nobody was previously an unknown (to me at least) Piccirilli offering. I'm glad I discovered it courtesy of Crossroad Press and Audible. The Dead Past and Sorrow's Crown have been enjoyed recently.