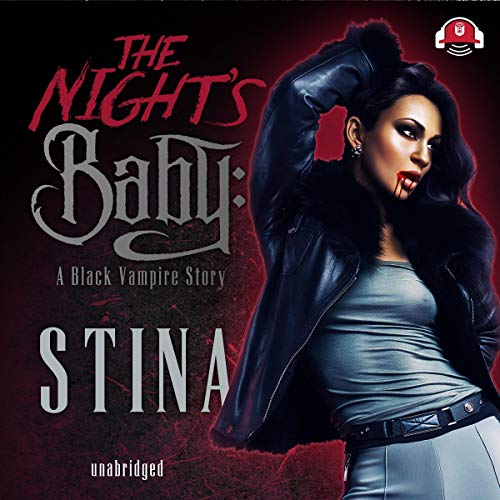 Debuting her second novel with the Urban family, author Stina continues her sexy African-American fantasy series. Follow Adirah as she navigates the dark underworld of vampires....

When she entered school at a recently integrated college in North Carolina, Adirah Messa was looking forward to a bright future. Then she met a man of another kind who turned her world upside down.

After being turned into a blood-sucking being and then giving birth to a child fathered by the King of Vampires, Adirah thinks that life can't get any stranger. But when her ancient past becomes a part of the present, she learns that her son has a destiny that is out of her control. With the eyes of very powerful and new enemies set on him, the only way to protect him is for old enemies to put their differences behind them. If the opposing vampire clans don't come together as one, it could mean the end of their kind altogether.

Fans of supernatural fiction will enjoy Stina's creative storytelling in this tale of vampires, romance, power, and revenge in The Night's Baby.

What listeners say about The Night's Baby

Well this book was okay. I really didn't care for the ending. But I do like series. I hope they change narrator's. This series would be great if read by Cary Hite. I did like the history part. I recommend the series.🙂

I listened to the first book, and the narrator iiKane ,I thought was amazing. The story is interesting although none of the characters are fully developed and it skips around a bit, still wasn't bad. Good enough that I wanted to know what happened in the 2nd book.Im on chapter 3 of this book and I just can't. The narrator to me sucks. This story definitely had my interest, hence the reason I downloaded book 2. I can't tell whose speaking most of the time his accent comes through sometimes. For me the narrator completely takes away from the story itself. Unfortunate. Maybe I'll try to actually read the book instead of listen to it.

Excellent Work to Hear. Fiction and some real!

Loved and Enjoy if but can't wait for the rest of the story excited and enjoyed!

Love it! The narrator did an awesome job! Awesome read/listen. I have to read/ listen to it again.

I can't stand this narration.

I really liked this book and would recommend it. I wish this book was a movie or TV show. It had a great storyline and sexual storylines.

The book was good

I was listening to it at work and a coworker started listening along as well he was in to the book as well can’t wait for the next book to come out to se what happens.

the story is electrifying repetitive concept but really good story. The narrator is actually what made it difficult to get through.

Where is book #3? We need it ASAP! I LOVED 1-2 listen to them both at work all the way through.

Both books have interesting characters. You can imagine any character as someone real, with human flaws and all. great job.
my only question is it is almost 3 years later and I don't see any more on Amazon. Does more exist?