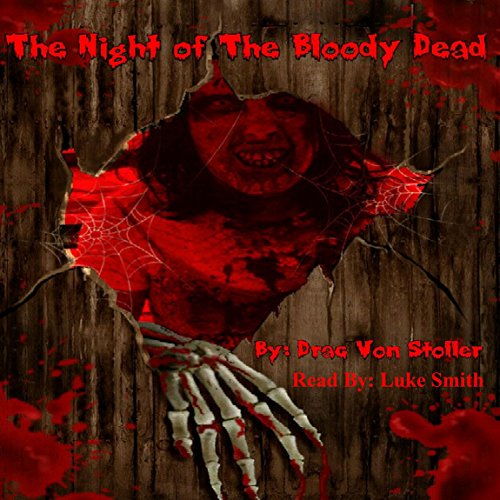 The Night of the Bloody Dead

Something from hell was about to be unleashed in a small town called Worthington that could have been avoided.

It was a day like any other day, but even something that is routine can also cause grave consequences if one thing is overlooked. The Worthington Chemical Plant always safely stored their toxic waste in a secure location in the back of the plant, but one employee was frustrated with his job, and left one of the barrels outside the secured location, and some teenagers were drinking a six-pack of beer outside the fence of the plant when one of the teens said, “Look, what do you think is in that barrel?”

”I don't know stupid! Why don't we go check it out?” replied one of the teens.

The three teens scaled the fence and ran over to the barrel. The lid on the barrel wasn't secure. One of the teens took off the lid and said, “It's just some green goop.”

The barrel was too heavy for the teens to carry so they found some empty paint cans and filled them up with the green goop.

One of the teens asked, “What are we going to do with this?”

Another teen chimed in and said, “Why don't we pour this goop into the water tower, besides there is so much water in the tank that it probably wouldn't hurt a fly.”

The teens were dead wrong.

What listeners say about The Night of the Bloody Dead