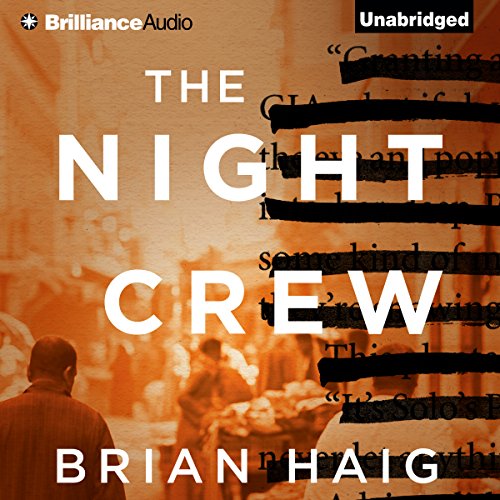 Lieutenant Colonel Sean Drummond, a cocky US Army lawyer who's not afraid to be blunt, finds himself up to his neck in a case he didn't ask to take.

Five US soldiers, tasked with guarding Iraqi prisoners, stand accused of committing depraved atrocities against their charges. Drummond is assigned to defend one of them: a hardscrabble young woman who is either incredibly naive or deceptively evil...and whose incriminating photos made the case an international scandal.

Drummond and his cocounsel, the fiercely antiwar Katherine Carlson, have a complicated and combative history, but they can't afford to get distracted now. They must determine what drove five young patriots to fall so far to the dark side of human nature. As Drummond uncovers evidence that his client has been used as a pawn in a secret strategy involving torture, he realizes he's caught up in a conspiracy that reaches the highest levels of government. Breaking down the US military's formidable stonewalling could destabilize the government and put his life at risk - but Drummond's not the type to back away from a good fight.

What listeners say about The Night Crew

I have missed Brian Haig! Glad to have him back...

What made the experience of listening to The Night Crew the most enjoyable?

Brian Haig is such a talented author. His books are so indepth, multifaceted and detail oriented. His books may not always adhere to the comfort level of the masses but his subject plots are realistic and very believable.

What does Christopher Lane bring to the story that you wouldn’t experience if you just read the book?

I thought Christopher Lane did a fine job. I prefer Scott Brick for Mr. Haig's books but I thought this narrator did a good job.

I have missed this author so much and periodically check his name to see if he has written anything new, always disappointed when there is nothing. This was such a total surprise and I am so glad I found it. I hope that he will be writing again with more frequency. This book touches on some very taboo subjects including incest, torture of prisoners (like what happened at Guantanamo) with some variations. There is also some unrequited love, deviant behavior and murder (and boy does the ending knock your socks off!!). This is one ending I did not see coming. If you have read/listened to any of the Drummond books in the past this one will certainly be a surprise. If you haven't listened to this series before this still makes a fantastic stand alone. Bravo Brian Haig! Can you PLEASE write another one soon?
Just a note: If you haven't read The Hunted you are really missing a well written extraordinary story that is based on a true story that is so bizarre it read like fiction. One of the best books I have ever read.

An intelligent and well written novel

I listened to some of Brian Haig's earlier novels a few years ago and enjoyed them. In the intervening years I listened to or read a number of other espionage, detective, and military novels, but what struck me about this novel, and Haig's work in general, is how sophisticated and intelligent they are. They are not mind candy or diversions from reality; there is no clear right or wrong, but shades of grey and the messy business of reality. Haig doesn't rant like some authors (Thor's recent work for example) yet subtlety illustrates for the reader/listener his point. Much more sophisticated and engaging. Great book, great author and well narrated. I hope Haig doesn't wait so long to write his next book.

Not a book for the squeamish since it has some rather dark violence and depravity having to do with the torture of prisoners in Iraq. But other than that, this is another well written entry in Brian Haig's Sean Drummond series. I admit I skipped a bit through the pages which made me wince, but still I enjoyed Lieutenant Colonel Sean Drummond's sense of humor and his attitude towards Army life in general. The plot: Drummond (a Jag lawyer among other things) is coerced into joining a team defending several soldiers involved in a nasty torture scandal. Unfortunately, there are photos which have become a world wide internet sensation, leaving no doubt as to who was doing what to whom.

At first I was leery of reading this, but I like Sean Drummond and he won me over yet again. In spite of the ugliness, there are several laugh out loud moments involving Sean and his co-counsel among others. Though Sean is deadly serious about the law he is not as seriously inclined about much else. A terrific series which I recommend very highly.

Christopher Lane was fantastic with the delivery of the story

Solid but Graphic at times

I enjoyed the story. Good performance by the reader as well. There are certain parts that were a bit graphic for me, but I would still recommend . . . Just not to my mom or grandma.

The narrator was absolutely terrific. There were no fake accents no pretend voices. He is my favorite and I will look for more books narrated by him.
The book was also great. The plot had many twists and turns. It is also presented with a sarcastic side that leaves you smiling!

In Book 7 in the series. Sean Drummond is back in the courtroom in this terrific novel. It seems that Brian Haig releases new books at a far too slow rate; he is a great thriller writer. Like all of Haig's novels, The Night Crew is excellent. Christopher Lane does an excellent job of narration.

Brian Haig is one of my favorite thriller writers. I am writing reviews of several of his books that I read earlier.

Audible, I would love to see you release unabridged versions of the first four Sean Drummond novels!

Mr. Haig is one of the very few quality writers that can see the failings of the military while never losing the bigger perspective of what servicemen voluntarily endure to serve our country. As former Navy, I am grateful he is able to stand up for even the less than heroic. Not every soldier is Delta, nor every sailor a SEAL. But the guys at the pointy end are only part of the mission. To do it in the context of a gripping story, with brilliant word play is icing on the cake.

So glad Sean's back

What did you love best about The Night Crew?

What was one of the most memorable moments of The Night Crew?

Hmmm, so many. Probably his 'conversation' with the president's #1 man:-)

His first interview with Lydia. Wow, she really is simple, and you know it, it's not prejudge.

Laugh and snark a few times.

Have enjoyed Brian's books for years. It was fun returning to Sean, his quirks and his need to be annoying... (or an @ss hole). Loved it!

This is a very interesting contemporary story that delves deeply into the activities of our military, its justice system, the CIA and the US as a war-faring nation. It is a fictional account stemming from the real-life torture and sexual abuse of Islamic prisoners at GITMO, focusing on the representation of one of the enlisted female soldiers who stood in the crosshairs of military justice. The story and the detective work it took to uncover a multitude of crimes were very good. Christopher Lane's narration was very, very good. One caveat: the main character adds much fuel to the folklore about arrogant, pompous, self-serving lawyers. He isn't exactly lovable, but you can't help rooting for him.

I like this one and can recommend it to those who enjoy the untangling of criminal acts. Be forewarned that it is a graphic and disturbing with regard to the torturing of prisoners.

An absorb absorbing story line with plenty of twists and unexpected turns. It's very well presented and the reading, if anything, adds to the overall pleasure of the book. Throughly recommended.

This is my first foray into this author's work, but it won't be my last. Written in the first person, the JAG Officer is both amusing, assured and clever. I hope to find more stories with Sean Drummond, but if not, certainly more by Brian Haig.

The behind the scenes activities within the JAG, the Military and the CIA, make this an interesting and absorbing story, especially when you struggle to like ANY of the characters involved in the drama or solutions.