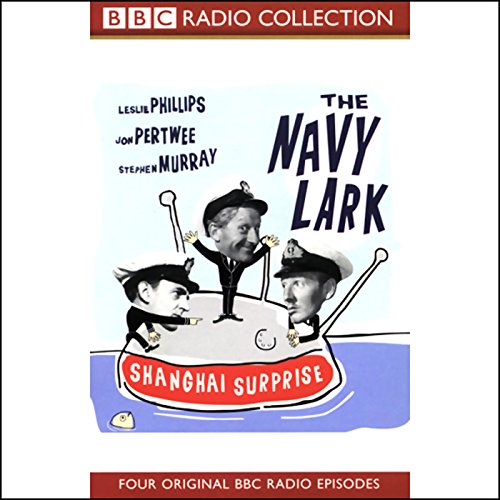 So climb aboard and join the merry crew in these four classic capers: The Mysterious Radio Signals, Operation Recovery, The Slogan Contest, and Sir Willoughby at Shanghai.

Laughed all the Voyage

I love the Navy Lark and these four episodes I had not heard before. They were hysterical, some of the ideas are a little dated but that doesn't affect the whole story. Well worth a credit

Another anthology of mayhem and mishap at the hands of the crew of HMS Troutbridge. Classic fun. Excellent.

if you want funny this is it