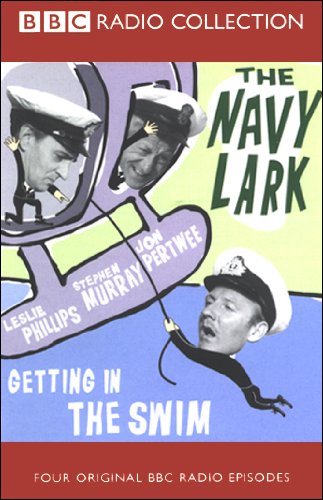 So climb aboard and join the merry crew in these four classic capers: The Lighthouse Lark, A Deliberate Bashing, Let Loose with a Chopper, and Mr Phillips' Promotion.

What listeners say about The Navy Lark, Volume 2

As a transplanted Brit now living in San Diego I was very pleased to see Audible now carrrying some of the best in old British Comedy. I grew up with the Navy Lark & other excellant BBC comedy radio programmes. Having re-discovered them I can say that they have not lost any of their apeal & still make my wife & I have a good chuckle. Listening to the late Jon Pertwee's vocal talents alone is worth the money! (He was a Dr Who as well). Lesley Phillips as the original British naval twit just adds to the fun. Thanks Audible!!

still funny after all these years

the navy lark was one of the funniest radio comedies ever made. It's still funny many decades later