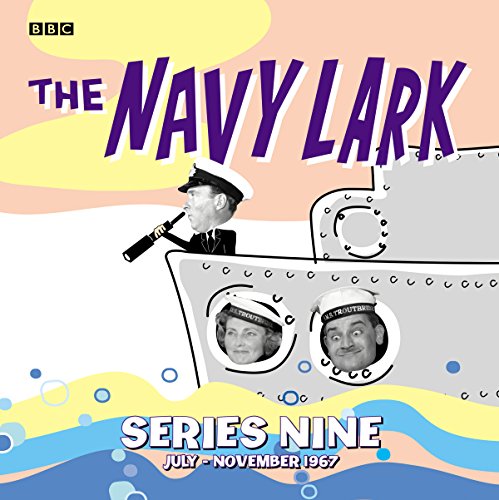 This audiobook set contains the episodes:

What listeners say about The Navy Lark, Collected Series 9

Humour the way only british comedy can do it.
Ronnie Barker is the unsung hero of the show

There is no audio. What a waste of time and effort. Expected more from an Amazon company but clearly just a POS. "Trial membership" cancelled as is clearly a scam.

What made the experience of listening to The Navy Lark, Collected Series 9 the most enjoyable?

Classic radio comedy from yesteryear. I'm a big fan of vintage radio comedy. It's great to hear the complete series. Having the whole series in order gives an overarching direction to the antics the crew of HMS Troutbridge get up to. It also helps for plot development even though the episodes can stand alone.

What other book might you compare The Navy Lark, Collected Series 9 to, and why?

The Navy Lark can be compared to other vintage comedies of the 50s,60s and 70s. It stands tall with other giants like The Goon Show, and Hancock's Half Hour.

They already made a film in 1959 based on the radio show. Only Leslie Phillips appeared in it from the radio cast.

Would love to see more of these complete series available through audible - Hancock's Half Hour, The Goon Show, The Navy Lark, Round the Horn, etc.

The further adventures of the hapless crew of HMS Troutbridge. As you would expect there are few surprises to be had, just plenty of fun and laughter. These episodes are from a time of gentle comedy and are enjoyable to all ages. Each episode is a standalone story and can be listened to in any order although a few themes do carry over.I strongly recommend this series to anyone.

Comedy from a simpler and happier era... with gem performances by Mssrs Barker & Pertwee. Even my teenage daughter found herself giggling ..

loved it with great actors . fantastic comic timing a great listen took me back to the 60`s when I used to listen to it at my grandparents house every Sunday dinner

Thw boys of HMS Troutbridge are as funny as ever. Deserving their longevity as the record breaking radio sitcom.