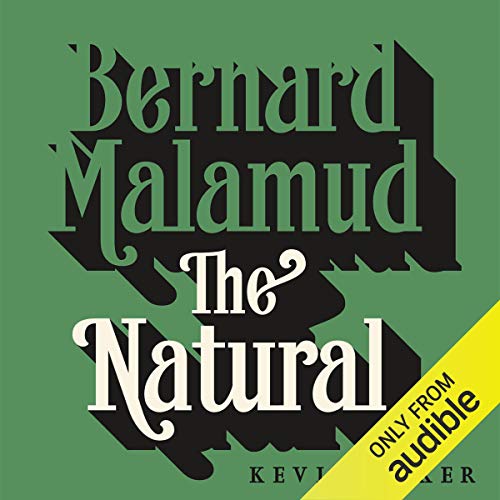 The Natural, Bernard Malamud's first novel, published in 1952, is also the first - and some would say still the best - novel ever written about baseball. In it Malamud, usually appreciated for his unerring portrayals of postwar Jewish life, took on very different material - the story of a superbly gifted "natural" at play in the fields of the old daylight baseball era - and invested it with the hardscrabble poetry, at once grand and altogether believable, that runs through all his best work.

Four decades later, Alfred Kazin's comment still holds true: "Malamud has done something which - now that he has done it! - looks as if we have been waiting for it all our lives. He has really raised the whole passion and craziness and fanaticism of baseball as a popular spectacle to its ordained place in mythology."

I love the movie and had not known of the book the movie version was based on u til I happened across a movie review by an excellent reviewer who stated in his opinion, Hollywood ruined this story. And that person went on to give an explanation why. After reading that review, I did a search on Audible to see if this book was in audio form. My research showed this book had NEVER before been in an audiobook format of any kind. I contacted Audible and politely asked one of their CS managers if they knew of this book arriving in audio sometime soon? The nice fellow told me he had no information in the Audible database showing a forthcoming audio version. I asked him to please forward my request for this book to be read and out into their audiobook catalog since Amazon already had it in Kindle format. I’ve been with many audiobook companies going back to when audiobooks were read badly, no performance at all and only a available from a few companies for the blind on reel to reel tape requiring a special open reel player to play these recordings which used all four tracks on a simple stereo recorded as individual monophonic voice tracks. The player which didn’t record had a switch to allow users to hear side A track 1 then in reverse hear side A track 2. It did the same for tracks 3 & 4. The first books on cassette were done the same way in case anyone likes trivia. The point of all that is to say....I hope my request was one of many who wanted to hear this book in its original written form by its author. This title showed up as available about two years after I made my request and I’m very glad it did. Such a very different story than the movie version and in my opinion and life experiences....much more how someone with a life filled with opportunities are always destroyed and winds up with next to nothing. A VERY human story.