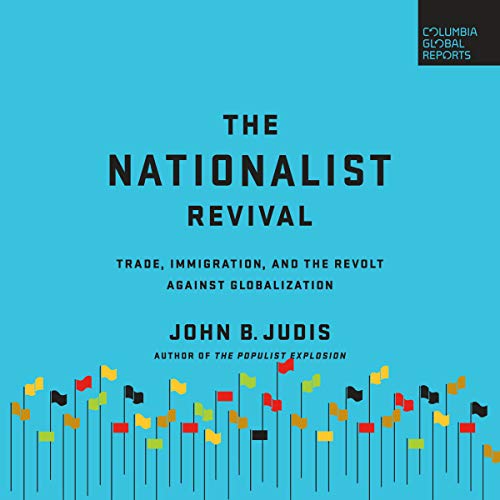 By: John B. Judis
Narrated by: Adam Grupper
Free with 30-day trial

Why has nationalism come roaring back?

Trump in America, Brexit in the UK, anti-EU parties in Italy, Germany, France, the Netherlands, Austria, Poland, and Hungary, and nativist or authoritarian leaders in Turkey, Russia, India, and China - why has nationalism suddenly returned with a vengeance? Is the world headed back to the fractious conflicts between nations that led to world wars and depression in the early 20th Century? Why are nationalists so angry about free trade and immigration? Why has globalization become a dirty word?

Based on travels in America, Europe, and Asia, veteran political analyst John B. Judis found that almost all people share nationalist sentiments that can be the basis of vibrant democracies as well as repressive dictatorships. Today's outbreak of toxic "us vs. them" nationalism is an extreme reaction to utopian cosmopolitanism, which advocates open borders, free trade, rampant outsourcing, and has branded nationalist sentiments as bigotry. Can a new international order be created that doesn't dismiss what is constructive about nationalism? As he did for populism in The Populist Explosion, a runaway success after the 2016 election, Judis looks at nationalism from its modern origins in the 1800s to today to find answers.

What listeners say about The Nationalist Revival

but still a great book, I dislike on all audible not being able to see footnotes, etc. but I love being able to listen...the trade off...

I don't agree with this book

I just don't agree with this book. it requires me to type more and even more and more