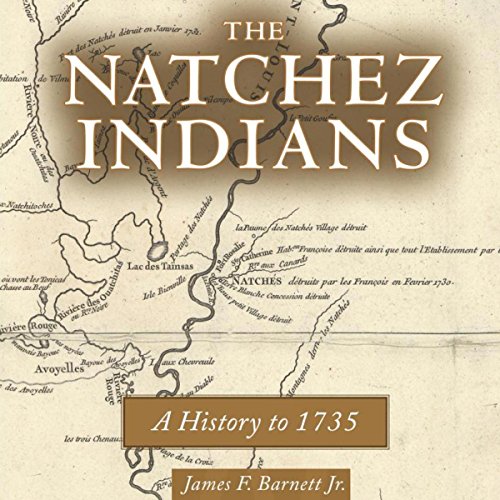 The Natchez Indians: A History to 1735 is the story of the Natchez Indians as revealed through accounts of Spanish, English, and French explorers, missionaries, soldiers, and colonists, and in the archaeological record. Because of their strategic location on the Mississippi River, the Natchez Indians played a crucial part in the European struggle for control of the Lower Mississippi Valley. The book begins with the brief confrontation between the Hernando de Soto expedition and the powerful Quigualtam chiefdom, presumed ancestors of the Natchez. In the late 17th century, René-Robert Cavelier de La Salle's expedition met the Natchez and initiated sustained European encroachment, exposing the tribe to sickness and the dangers of the Indian slave trade.

The Natchez Indians portrays the way that the Natchez coped with a rapidly changing world, became entangled with the political ambitions of two European superpowers, France and England, and eventually disappeared as a people. The author examines the shifting relationships among the tribe's settlement districts and the settlement districts' relationships with neighboring tribes and with the Europeans. The establishment of a French fort and burgeoning agricultural colony in their midst signaled the beginning of the end for the Natchez people. Barnett has written the most complete and detailed history of the Natchez to date.

"An absolute must for anyone interested in the indigenous peoples of the southeastern United States and the many roles that these people played in fashioning our nation." (Ian W. Brown, University of Alabama)

What listeners say about The Natchez Indians