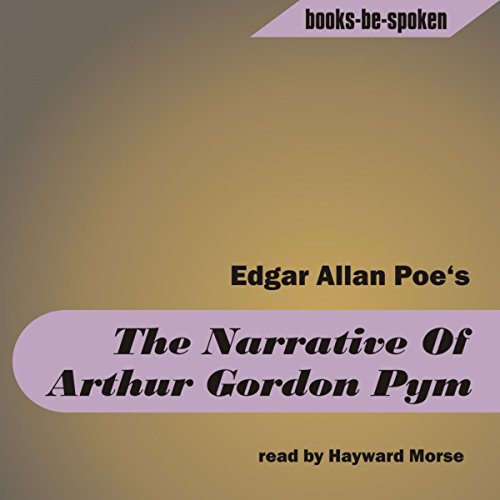 The Narrative Of Arthur Gordon Pym

This dramatic sea novel follows the adventures of young Arthur Gordon Pym from Nantucket, New England. Together with Augustus they stow away on a whaling ship. The two young men repeatedly find themselves on the brink of death and while surviving many adventures they witness terrifying events, including mutiny, cannibalism, and frantic pursuits.

"The Narrative of Arthur Gordon Pym", Poe's only full length novel, is an exciting and thrilling piece of work that has influenced generations of writers. Born on January 19, 1809 in Boston, Massachusetts, Edgar Allen Poe was to become the master of the macabre. Orphaned at three, he was brought up by a wealthy family and later began to write poetry and worked as a journalist in Richmond. He lived in poverty and had serious alcohol and drug problems. Nevertheless many of his fantastic short stories and poems were published, and he became the most talked about poet in America. Edgar Allen Poe died on October 7, 1849 in Baltimore of "congestion of the brain".

The Reader: Hayward Morse has appeared in innumerable stage, radio, TV and film productions in the United States, Britain, Canada and Europe. Successfully working at London's West End, he later received a Tony award nomination for his performance in "Butley" on Broadway. Very experienced with recording Audio Books, Heyward Morse shows his theatrical grandeur in playing different characters, credibly and most impressingly.

What listeners say about The Narrative Of Arthur Gordon Pym

Historically significant, at times exciting and incredible, at times bloated and verbose. This story does not hold up well. There are abrupt changes, long passages that are overly descriptive, and an ending that felt like Poe had come to his quota of words and decided to stop. The "black savages" section speaks for itself, not because the savages are villains, but because they are inferior beings.There are incongruities that make no sense; what could or could not be heard while Pym was in the hold, what happened to the dog, Augustus was to have told Pym something years later but he was dead long before that , etc. The narration was good.