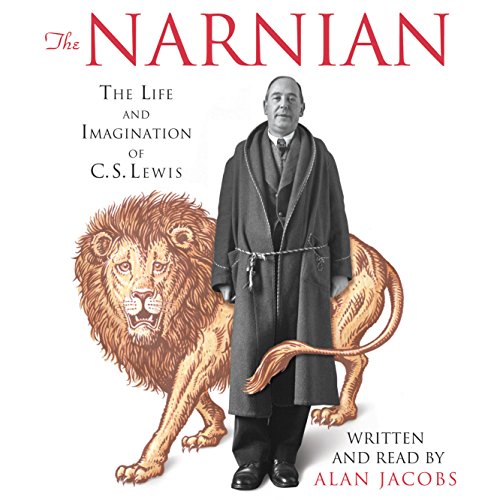 The White Witch, Aslan, fauns and talking beasts, centaurs and epic battles between good and evil: these have become a part of our collective imagination through the classic volumes of The Chronicles of Narnia. Yet who was the man who created this world? This audiobook attempts to unearth the making of the first Narnian, C. S. Lewis himself.

One of the intellectual giants of the twentieth century and arguably the most influential religious writer of his day, Lewis was also an Oxford don and a scholar of medieval literature who loved to debate philosophy at his local pub. Yet one of the most intriguing aspects of Clive Staples Lewis remains unanswered. How did a bachelor professor, nearly 50, and living in a wholly adult world, turn to the writing of stories for children, stories that would become among the most popular and beloved ever written?

Alan Jacobs masterfully tells the story of C.S. Lewis. From his childhood days in Ireland to his horrific experiences in the trenches of the First World War, to his friendship with J.R.R. Tolkein (and other members of the "Inklings") and his remarkable late-life marriage to Joy Davidman, Jacobs traces the events and people that shaped Lewis's philosophy, theology, and fiction. The story of a profound mind and extraordinary imagination, The Narnian is a remarkable tale of a man who knew great loss and great delight, but who knew above all that the world holds far more richness and meaning than the average eye can see.

"Amidst a sea of entry-level Lewis portraits being published this fall, this more substantive book is for hard-core Lewis lovers eager to soak up historical minutiae and savor salient Lewis quotes for years to come."(Publishers Weekly)

What listeners say about The Narnian