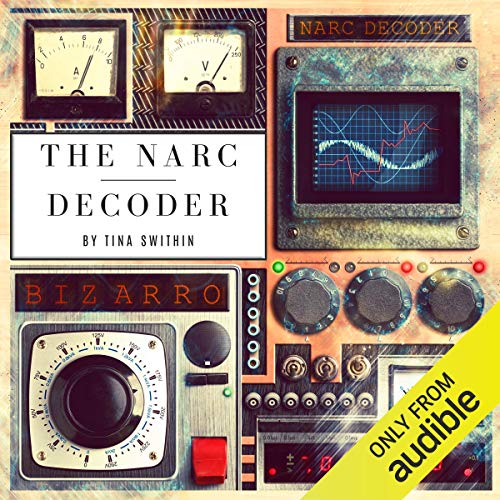 The Narc Decoder: Understanding the Language of the Narcissist

Divorcing a narcissist? You are probably left feeling baffled and shaken by the communication that you receive from the narcissist. In my mid-20s, I contemplated learning multiple foreign languages. I envisioned dabbling in French to successfully make my way around Paris or Irish Gaelic to explore the rich history of Ireland along with my deep ancestral roots in that country. My day dreams about learning new languages always went hand in hand with the imagery of world travel. The thought of exploring exotic and old world places far away from home intrigued me. My mind summoned several foreign adventures, but never did I think I would need to learn a foreign language to navigate my own life.

In 2008, I heard the words, "Narcissistic Personality Disorder" (NPD) to describe my then-husband, Seth. It took a couple years for the reality of those three little words to really sink in. Looking back, the red flags had been waving in the wind since our very first date. Those flags grew taller and more vibrant in color during our marriage. As it turns out, those same red flags that had been lining my path for years were dipped in a highly flammable mixture of kerosene. I realized the danger only when they exploded near the end of my marriage. Like any unexpected explosion, I was unprepared and left nursing deep, emotional, third-degree burns. In my research, I discovered a new language which took quite a bit of studying and insight on NPD to understand.

As it turns out, the reason that I was so bewildered by Seth's communication style was that we were speaking completely different languages. I spoke the English version of "human" while he was speaking the non-human, "Narc-ish". I am convinced there is a Narc-ish dictionary or manual hidden deep in a dark, musty hole somewhere in a faraway land with step-by-step instructions on how to inflict fear, confusion and despair. From this land, narcissists hail.

What listeners say about The Narc Decoder: Understanding the Language of the Narcissist

perfect advice for those struggling to communicate with the narcissist. Practical tips that you can begin implementing.

Not helpful. Do not recommend.

Tina has been in the trenches and does an excellent job of explaining and also holding your hand as you navigate your way back towards the light!

This is a light-hearted way to to experience some validation when relating to others experiences of having been in a relationship with a narcissist.

Terrible. It's not what the name and description advertises but just the boring and uninteresting story of a divorce .

Soon to be single mom

This was a much needed perspective on reading and understandings all the chaos in my soon-to-be ex’s emails, texts and phone calls. It had me laughing at the absurdity of what is now my reality. It is helping through this incredibly difficult time to be one of less trauma because I now can see what is really being said in the relentless emails and communications.

Snap fizzle pop get a a little old. And I wish my ex narc made 1/10th as many stupid comments as hers did.

Would love to be able to have an open opportunity to question his character between his threats of control and revenge and litigation and punishment.
The concept is good. But her ex was a bit of a D.A. No drivers license, etc. would have been good to hear how to read through a narc with teeth and at least a perceived clean image and plenty of money, lies with an ongoing list of bunk evidence to seemingly back his lies up , charisma, & influence, to make whatever he threatened happen.

Although I have not read any of Tinas other books, as I do not have children with my narcissist. The decoding of the narcissistic language is absolutely hilarious and was a bright spot in each day when I got in the car and listen to the book over three day. It is a short book, but funny and And truly enlightening.

For people with custody issues

I personally, did not marry my narcissist or had children therefore I didn't have court issues. I do believe it would help those who do.

Not what I was expecting

I didn’t realize the whole book was her interpretation of messages she received from her ex. Thank God it was entertaining and shockingly familiar to hear. I was expecting an explanation on how to break down words or phrases to decode for yourself.

The spoke is amazingly accurate

Outstanding and informative book. This book is a must read for any survivor . We are not alone

I can't thank Tina enough for sharing her story. The humour she brings to what can only be described as a harrowing experience for many around the world is inspirational and I for one am thankful to know I am not alone. Thank you X

This is a sound education for anyone who wants to experience what a narc may write, voice and vent... then an interpretation of what it actually means. It will help reassure that you're not the one with the issues... that you should really be moving away from the one who has... the narc!!

Once you understand the position you are in, this book takes the sting out of the abuse and offers a light hearted way of coping. I will be listening to this over and over until my inner decoder is completely reliable.

I was discussing with my councillor yesterday how to deal with the gaslighting and we agreed it’s best to put my fingers In my ears and realise and quote a mantra (it’s gaslighting so not react). To then be able to use the decider when I relive the conversation is going to be so helpful.

Thank you - exactly what I need at this time.

The bible for victim of narcissism

The most actionable book even when you are overwhelmed by the process of divorcing or understanding the NPD. Highly valuable informations, easy to digest despite the painful contents.

Loved it. As someone who has struggled to decode the extremely bizarre and illogical patterns of behaviour in my own "relationship" with a narcissist, this was a great listen. Humorous and disturbingly accurate.