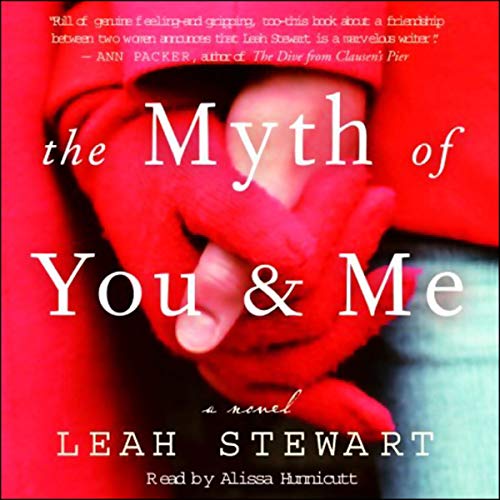 The Myth of You and Me

When Cameron was 15, Sonia was her best friend, no one could come between them. Now Cameron is a 29-year-old research assistant with no meaningful ties to anyone except her aging boss, noted historian Oliver Doucet.

When an unexpected letter arrives from Sonia 10 years after the incident that ended their friendship, Cameron doesn't reply, despite Oliver's urging. But then he passes away, and Cameron discovers that he has left her with one final task: to track down Sonia and hand-deliver a mysterious package to her. Now without a job, a home, and a purpose, Cameron decides to honor his request, setting off on the road to find this stranger who was once her inseparable other half.

The Myth of You and Me, the story of Cameron and Sonia's friendship, as intense as any love affair, and its dramatic demise, captures the universal sense of loss and nostalgia that often lingers after the end of an important relationship. Searingly honest, beautiful, and full of fragile urgency, The Myth of You and Me is a celebration and portrait of a friendship that will appeal to anyone who still feels the absence of that first true friend.

"Stewart's writing is sharp and observant, making this tale of the complexities of friendship affecting and genuine." (Booklist)

What listeners say about The Myth of You and Me

A story of relationships and friendships hooked me right from the beginning. We easily can find our flaws in the characters and work on them with the characters. The Myth of you and me did not go in the direction that I thought it would at most every step along the way. I was thankful that I had purchased the book long enough ago that I forgot the synopsis and read few reviews before starting it. It was like jumping in a bucket of warm water. I didn’t always agree with their actions but, I understood them.

I enjoyed "The Myth of You and Me.". It's the tale of two childhood best friends, who have a falling out and how that act shapes their lives. At each twist and turn I was surprised in the direction it took. Thankfully, a path becomes available for them to move past their unforgiveable sin in friendship. The authors words are often so beautifully constructed and thought out, you will want to quote them.

This was thoughtfully read, well parsed and a beautiful book. The imagery and phraseology is beautiful and a great book for a long drive.

The Myth of You and Me

This is one of the first books I have listened to since becoming a member of audible. I enjoyed very much