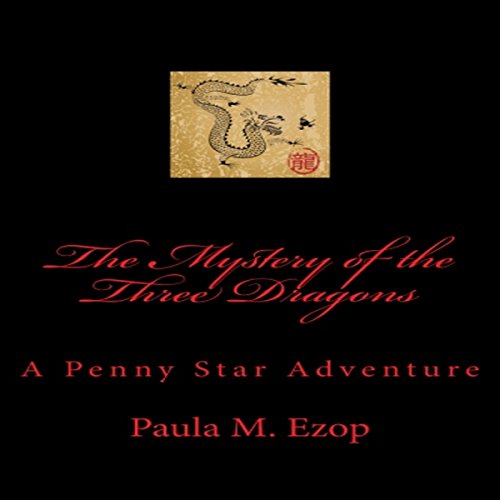 The Mystery of the Three Dragons

The Mystery of the Three Dragons

Our story takes place in the small village of Dragon Point, Maine, population 3,283--which doesn't include Mr. Nichols' dog, Shakespeare, or Tati's black cat, Whisper. You are probably wondering where the name Dragon Point came from. Well, there is a beautiful rock formation that sits high above the town, which is unmistakably in the shape of a dragon, thus the name Dragon Point.

It is a picturesque location that attracts tourists from all over the world. They come to Dragon Point to enjoy the rugged coastline and the excellent cuisine and to explore the tiny shops that line Main Street. There are a number of fancy boutiques and an unusual number of antique shops.

Now, this is where it gets interesting, you see. The antique shops are filled with the most unique, strange, and hard-to-find antiquities. They contain bits of the past and mysteries of the future, and their proprietors are well versed on the oddest of subjects.

Yes, Dragon Point is quite an interesting place for many reasons you will soon understand.

This quaint coastal village is steeped in history. The old homes and shops are built on land that was once inhabited by sea captains, Native Americans, and maybe even a pirate or two. So one could understand that there could very well be a spirit lingering here and there. And yes, you are right, there are probably even hidden passageways in the old historical homes, unexplored caves along the coast, and things that would intrigue and capture the attention and the imaginations of the Fearless Five: five children whose names sound ordinary enough but believe me, they are not ordinary children by any means, nor are their adventures. Somehow, and for some cosmic reason, their paths were meant to cross. Call it destiny or fate that brought them together at this point in time, in this small village of Dragon Point, Maine.

Absolutely! This book was great and anyone young or old will enjoy it!

I genuinely loved the book as a whole I can't pick one character over another because each character individually is unique and then you put them together and they flow as a whole really well!!

Which character – as performed by Kat Marlowe – was your favorite?

Again I can pick I liked them all!!

If you could sum up The Mystery of the Three Dragons in three words, what would they be?

I loved the book as a whole. All the characters were great.

Which character – as performed by Kat Marlowe – was your favorite?

I didn't have a favorite character because Kat did such an awesome job with each of them.

Yes. I think this the story is interesting enough for a kid to read more than once.

I have listened to a few of Kat Marlowe's narrations and she does an amazing job bringing each of the stories to life.