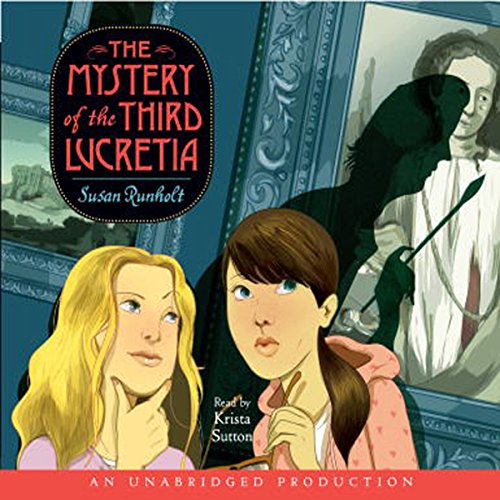 The Mystery of the Third Lucretia

The Mystery of the Third Lucretia

"Go a-way," the painter snarled when Kari tried to see what was on his canvas. She and Lucas were at the Minneapolis Institute of Arts, and the guy's easel was set up in front of one of Rembrandt's famous Lucretia paintings. Something in this guy's voice gave Kari the creeps. She had no problem following his instruction; she never wanted to see him again.

But a year later, she did see him in London. Walking through the National Gallery, Kari heard a familiar snarl. It was the same guy, and he was copying from another Rembrandt. Was it was just a coincidence? If so, why was he in disguise?

Using the kind of ingenuity and determination that only two teenage girls could come up with, Kari and Lucas embark on an international adventure to figure out who this mystery man is and what he's up to. But neither is prepared for what they find. Suddenly what began as a madcap pursuit becomes deadly serious. Will they risk their lives in the name of art?

What listeners say about The Mystery of the Third Lucretia