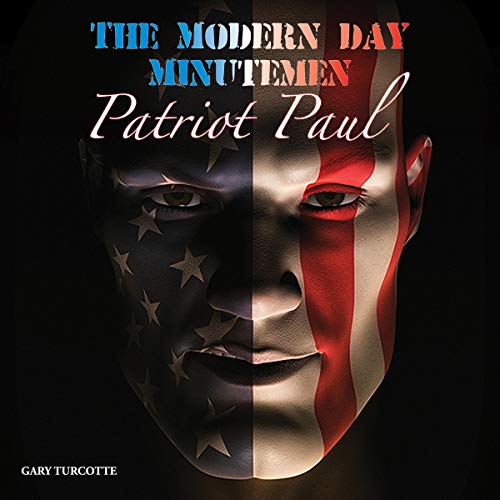 I went to college where my parents met - the University of New Hampshire.

I was in the land of the Patriot. I met a beautiful girl at a frat party, but I was too slow to get her number. I saw her again at a victory bonfire. She dropped her phone, and I found it.

The next day when I went through it, I found she had training pictures of terrorists' camps. I showed it to my professor whom I trusted. He turned the phone into the Homeland Security Department, and I was contacted by two agents. They informed me that there was a tracking app on the phone and that the terrorists not only knew who I was, but where I was. My life would never be the same.

They used me to bait the terrorists and they found me on Facebook and had hid behind black masks - making threats and spreading fear. I painted my face like the American flag and spoke my piece. Once my face had been posted and shared, the act caught on and soon many painted their faces in patriotic colors and stars. The movement swept the internet. My father was a politician, and he was proud of what I started. He and my brother did the same, and he was nicknamed Patriot Pete.

The terrorists didn't like the movement. They struck back with symbolism and shocking stunts that plagued the campus. Soon 900,000 likes and shares filled Facebook and Twitter. Social media was filled with patriotic people painting their faces and adding comments of inspiring words. Firemen, policemen, politicians, teachers, and all walks of life joined in. The country was united again - all from a movement that I started. They call me Patriot Paul....

What listeners say about The Modern Day Minutemen