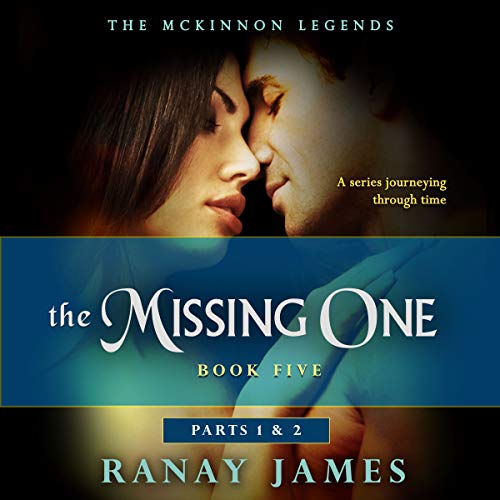 The Missing One: Parts 1 and 2

Decklyn McKinnon, intergalactic cop and strong-arm of the Interstellar Alliance, has been missing from the McKinnon family records since his untimely disappearance in 1523. No one has a clue what could have happened to him leaving the family record silent. Chasing after a serial killer through time and space, Decklyn takes on the biggest gamble of life. Unsure of his time traveling abilities, he doubts that he can save all of the victims, but it's possible he can save victim number six. Risking it all to save the life of just one woman, he journeys back to Earth 2005.

Sliding off the conference table, Special Agent A'leeza Vargas moves closer to look at the board covered with five separate crime scene photos. There has to be something she was missing. She could just feel it. It hung just out of reach. "Come on, come on, talk to me. Tell me your secrets. Help me avenge your deaths," she begs the photos under her breath. Crossing her arms over her chest, Alee turns to her partner, Carl Rogers, "They say dead men don't tell tales. They do, you know. You just have to know how to listen."

Will history repeat itself? Find out in the fifth installment of The McKinnon Legends.

What listeners say about The Missing One: Parts 1 and 2

Great last in base series

This completes the McKinnon Legends series and does a fine job of it! The narration is, once again, fabulously done and does justice to the book! I loved this series and this edition in it is no exception!
Declan, the missing son of Nick, returns from far in the future to save the life of Ally and in the process falls in love! The sortyline flows well and the characters are good and well written without being too perfect!!
All in all a fabulous book and well woth the listen/read but I would recommend getting the earlier books first although it is not critical to the story - it just helps make more sense of some things and the other characters

I have enjoyed this series thoughorly! I'm glad Ranay left the opportunity for another book. I can't wait!