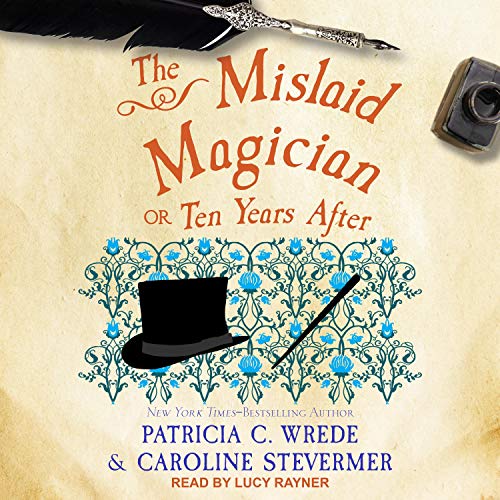 It's been a decade since Kate and Cecelia foiled Napoleon's plot to reclaim the French crown. The cousins now have estates, children, and a place at the height of wizarding society.

It is 1828, and though magic remains at the heart of the British Empire, a new power has begun to make itself felt across England: the steam engine. As iron tracks crisscross the countryside, the shaking of the locomotives begins to disrupt the workings of English magic, threatening the very foundations of the Empire.

A foreign wizard on a diplomatic mission to England vanishes, and the Prime Minister sends Cecelia's husband to investigate. In order to accompany her husband to the North of England, Cecelia leaves her children in Kate's care. As Cecelia and James fight for the future of magic, Kate is left with a no less daunting problem: how to care for a gaggle of disobedient, spell-casting tots.

What listeners say about The Mislaid Magician

I love these books!

I am so glad I can listen to them now. Both authors are phenomenal. It's great getting to hear from James and Thomas as well as Kate and Cece in this 3rd installment.