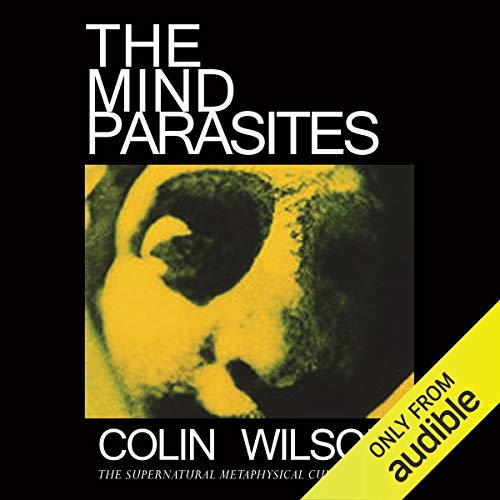 Wilson has blended H. P. Lovecraft's dark vision with his own revolutionary philosophy and unique narrative powers to produce a stunning, high-tension story of vaulting imagination. A professor makes a horrifying discovery while excavating a sinister archaeological site. For over 200 years, mind parasites have been lurking in the deepest layers of human consciousness, feeding on human life force and steadily gaining a foothold on the planet. Now they threaten humanity's extinction. They can be fought with one weapon only: the mind, pushed to - and beyond - its limits. Pushed so far that humans can read each other's thoughts, that the moon can be shifted from its orbit by thought alone. Pushed so that man can at last join battle with the loathsome parasites on equal terms.

What listeners say about The Mind Parasites

this book will go on my list of life-changing books. real or not it just made my whole life make sense. I will be starting the challenge of reading all his books for myself.

Would you be willing to try another one of Raphael Corkhill’s performances?

No. His performance completely misses the story. His beats and emotional exclamations are distracting, and give away that he is merely reading words dramatically not telling a story.

It was made into a bad movie so there's still a chance to capture the philosophy and round up the story in a more honed way through a movie.

The narrator is horrible.

I'm a huge fan of the three books in this series The Mind Parasites, Space Vampires and my favorite The Philosophers Stone. All three have links to archaic style of horror story that grew from the fertile, disturbing mind of H.P. Lovecraft. We can thank Robert E Howard and August Derlith for this change to the author's normally academic normal fair.

Mr Wilson's take on this style brings a meeting of logic and science to these books. For me this places it a step above many other Cthulhu Mythos stories that were popular during this time period. It is this mix that really makes this enjoyable to me, making it easier to dispel my logical interpretation of the story.

The voice actor was a great choice for this story.

Really hope we see an audio version of The Philosophers Stone!

Some interesting ideas, but poor over all

The headline has been said before. I repeated it because its true. Some interesting ideas aren't presented in a compelling way. The narration is very...adolescent (not in the good way) - self-centered and over-wraught. Mr. Corkhill, on the contrary is awesome.

An old fashioned view of women

Although I’m not a fan of Lovecraft fiction, it’s that connection that interested me in this story. The idea that “the old ones” prevent mankind from reaching its true potential is fascinating.

I’ve read 3 of Colin Wilson‘s novels - “The mind parasites“ at least three times and this was the second time I’ve listened to the audiobook. But Its been long time since I last revisited the story. For some reason I’ve soured to the novel. I can’t remember what I thought the first time I listened to the audiobook, but this time I found the narrator’s constant use of European accents a distraction. Some of them sounded comical. And at times I thought he sounded like he was pontificating.

Another thing that struck me was of Wilson’s depiction of female characters - there virtually aren’t any - except secretaries and a reference to a female professor who died early on. Whether this is Colin Wilson‘s personal opinion or not, women were often described as neurotic or sexually frustrated. A very antiquated view of women.

An Author who should be a star on Audible!

Would you listen to The Mind Parasites again? Why?

Absolutely!
This is one of my favourite books

The intrigue and author's skill at interweaving retro and futuristic elements.

Have you listened to any of Raphael Corkhill’s other performances? How does this one compare?

Have not listened to any other examples - but this is good, and engaging.

Colin Wilson is an author who could be featured far more in the audio-book genre. The Occult, Mysteries and many of his novels would be astounding audio content. Not to mention the 'Outsider' a book still in print after 60 years!

Very much of its period, with ideas that are dated


There was a time when Colin Wilson was a must read for any aficionado of science fiction, he also wrote about criminology and the breaking of taboos, there is even a movie a very b movie named Lifeforce based on Space Vampires, the book was better even if the name was terrible.

Mind Parasites suffers of with the same affliction, a terrible name with an interesting story that is very much written in the style of H. P. Lovecraft this being the reason that it is still a good story, the philosophy is very dated it talks of racial memory and the sea of shared consciousness, and the infinite expanse of the human mind, some are influences of the racial ideas left by the fascist and communist of the period and some are the experimentation with drugs the sixties had fallen for, LSD was culpable of the expanded filling of very limited consciousness, and the belief that folding the mind into colorful patterns was like folding space and time just because it felt that way. Culture and race were very much interchangeable at that time so culture was described as race, there is one disparaging comment about race in the book, but it feels glaringly notorious to a person of my period and I am not a PC person by any stretch of the imagination.

The plot is well constructed but the amount of suppositions and speculation makes it impossible to maintain coherence, we are thrown from one theory to another, from one speculation to the next and all have the same value as truth as next or the next, making the narration feverish with information and possibilities but not grounded on any one idea just constant speculation.

Interesting to revisit but dated in so many ways.