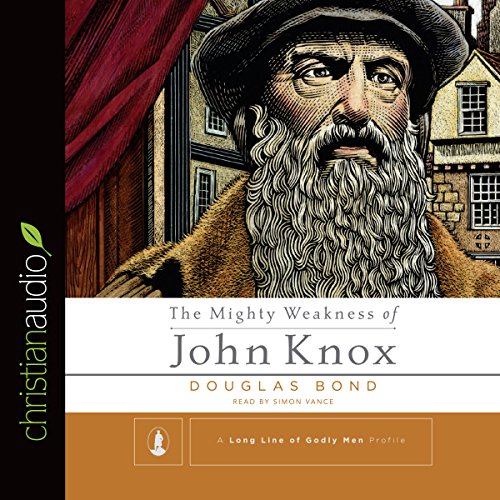 The Mighty Weakness of John Knox

John Knox, the great reformer of Scotland, is often remembered as something akin to a biblical prophet born out of time strong and brash, thundering in righteous might. In truth he was low in stature and of a weak constitution, a small man who was often sickly and afflicted with doubts and fears.

In The Mighty Weakness of John Knox, a new Long Line Profile from Reformation Trust Publishing, author Douglas Bond shows that Knox did indeed accomplish herculean tasks but not because he was strong and resolute in himself. Rather he was greatly used because he was submissive to God; therefore God strengthened him. That strength was displayed as Knox endured persecution and exile, faced down the wrath of mighty monarchs, and prayed, preached, and wrote with no fear of man but only a desire to manifest the glory of God and to please him. For those who see themselves as too weak, too small, too timid, or simply too ordinary for service in God s kingdom, Knox's life offers a powerful message of hope and the biblical truth that God often delights to work most powerfully through people who are most weak in themselves but most strong in Him.

What listeners say about The Mighty Weakness of John Knox