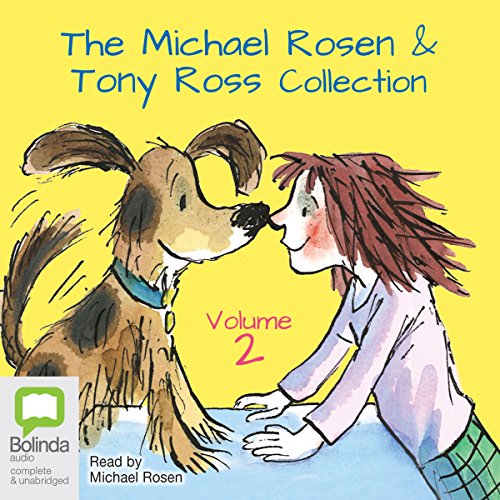 The second hilarious and irresistible collection of stories from two of the best-known figures in the children's book world, Michael Rosen and Tony Ross.

'Choosing Crumble': When Terri-Lee goes to the pet-shop she thinks she'll be choosing a dog - she doesn't expect the dog to be choosing her! But Crumble is no ordinary pet, and he's got a few questions to ask....

'Barking for Bagels': Shnipp the dog loves to play fetch with Julie and Lara in the park, but she doesn't love their annoying laughs. So one day she decides to run off!

'Don't Forget Tiggs!': Mr and Mrs Hurry are always rushing about. They never stop! But that means they forget some rather important things - thankfully, Tiggs the cat is around to remind them.