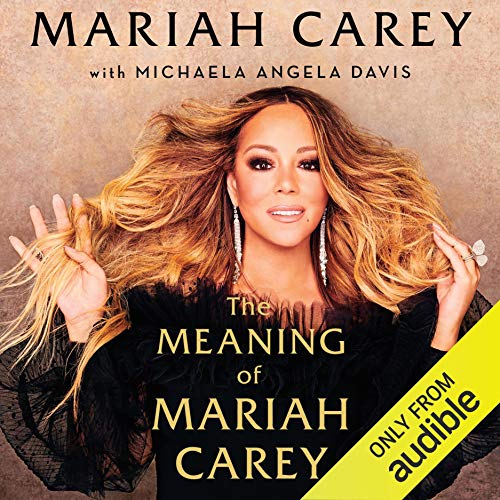 The Meaning of Mariah Carey

The Meaning of Mariah Carey

It took me a lifetime to have the courage and the clarity to write my memoir. I want to tell the story of the moments - the ups and downs, the triumphs and traumas, the debacles and the dreams - that contributed to the person I am today. Though there have been countless stories about me throughout my career and very public personal life, it’s been impossible to communicate the complexities and depths of my experience in any single magazine article or a 10-minute television interview. And even then, my words were filtered through someone else’s lens, largely satisfying someone else’s assignment to define me.

This book is composed of my memories, my mishaps, my struggles, my survival, and my songs. Unfiltered. I went deep into my childhood and gave the scared little girl inside of me a big voice. I let the abandoned and ambitious adolescent have her say, and the betrayed and triumphant woman I became tell her side.

Writing this memoir was incredibly hard, humbling and healing. My sincere hope is that you are moved to a new understanding, not only about me, but also about the resilience of the human spirit.

About the Author and Narrator:

Mariah Carey is an American artist of Black and Irish ancestry.

She is an award-winning singer, songwriter, producer, actress, entrepreneur, and philanthropist. She has recorded 15 studio albums and holds numerous industry records, including the most number-one singles of any solo artist in history.

She has received many accolades, honors, and distinctions throughout her career, including the Congressional Award for her charitable work with youth through the Fresh Air Fund's Camp Mariah. She is an inductee into the Songwriters Hall of Fame. Carey remains forever thankful and fiercely loyal to her global family of fans.

Ms. Carey is the mother of two children, Moroccan and Monroe.

What listeners say about The Meaning of Mariah Carey