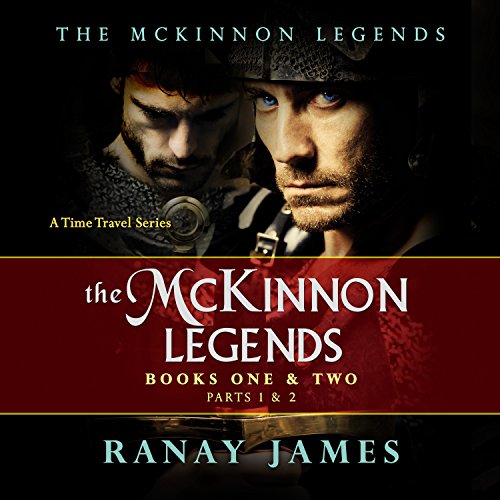 "You think you are in control of your life?" Fate asks as she looks down upon this Earth. "If so, I advise you to think again...."

No matter one's station in life, Fate mocks us all. None is exempt - a lesson two of King Henry's favorite knights are about to learn...the hard way.

It is the year of our Lord 1493, and King Henry VII has been seated on the English throne for eight years. He did not get there by chance alone. Nor has he stayed there with ease. He has his favorites, generously rewarding those who serve him well. Sir Nic McKinnon is at the top of that list.

For his faithful devotion, Nic finds himself graciously rewarded. That reward is the hand of Morgan Pembridge, seventh duchess of Seabridge, in marriage. The only issue is Nic isn't interested in the bounty, and taking a wife is certainly not in his plans. However, he understands that seeming ungrateful to Henry for his gift or disobeying a king's command is never wise. Nic reluctantly agrees to marry, but living with his duchess was not one of Henry's stipulations.

The stage is set for the battle to secure Morgan's birthright: the lavishly appointed Seabridge Castle. Currently, the prosperous dukedom is in the hands of the lecherous Lord Brentwood, who seized control after Morgan's family was killed in a fatal fire.

Nic must fight to regain what Brentwood never had the right to possess. Will he succeed? Or will true evil prevail? There can be only one victor.

Connor Holden, earl of Featherstone, has it all: looks, money, power. He's a man with a lot to lose.

Pride goes before a fall. We all know that to be a universal truth.... And Connor is about to find out exactly how far from grace that fall will take him.

What listeners say about The McKinnon Legends

I have found this book absolutely fascinating, it has kept me riveted to my seat and on edge waiting for the next scene to happen. I have not been able to sleep since I didn't want to turn my iPad off so I will have to finish it soon. As you can probably tell I have never even written a review of a book before but I felt I had to because the other reviewer may not have given it a fair chance, maybe if she would have read deeper into it, but that is just my opinion. Thanks for letting me share. Susan.

The McKinnon Ledgends as a time travel series.....

If you could sum up The McKinnon Legends in three words, what would they be?

Would you be willing to try another book from Ranay James? Why or why not?

Yes, because I really want to see the rest of the story. The introduction to the 3rd book ias offered seems like I'm going to get some of the answers.......beginning to get into the heart of the story.

Which character – as performed by Cait Frizzell – was your favorite?

Rafe McKinnon because he is the odd man out and now stuck in the future........

When are the rest of the books in the series going to become available?

SLOW START BUT THEN 5 STAR!

Very rarely do I not finish a book once I've started, but I just can't continue listening to this one. The characters are flat, cookie-cutter stereotypes. The plot is predictable. The bad guys are 100% bad and the good guys are 100% good. Predictable romantic conflicts caused by lack of honesty and communication. Characters fall in love in the space of a paragraph (but taking a few hundred to admit it to themselves or each other). "Sex scenes" that go from starting to untie a bodice to waking up the next morning. (If the characters are going to be this flat, at least give me a heaving bosom!) And phrases such as "He was frequently always right." Which is it? Frequently or always? Oh, and "time travelling"? I'm 66 chapters into the book and haven't seen it yet. It reads like an Outlander wanna be, right down to a a stubborn Scot (sort of) and a female healer with knowledge of the future. If marketed as a YA novel, I might be able to forgive it, but even then, I would hope teenagers would want more depth to their stories. The voice actor does an admiral job with what she was given. I will be asking for a refund on this one, as well as suggesting Audible check their algorithm for recommending books, because they missed the mark on this one!

Poor writing...all over the place.

Eh. I listened to both books. I wanted to see how it would end but it was annoying how bad the writing was and how all over the place it was. I would not recommend it to anyone. I loved the narrator. Hated the writing. I felt like a teenager wrote it. The story line and characters had good potential, but it did not deliver.

Would you ever listen to anything by Ranay James again?

Have you listened to any of Cait Frizzell’s other performances before? How does this one compare?

No, but I would definitely listen to her stuff in the future.

Could you see The McKinnon Legends being made into a movie or a TV series? Who should the stars be?

No. Maybe a soap opera on daytime television.

If soap operas are your thing, and poor writing doesn't bug you, spend the credits, otherwise I would avoid.

the story weaves a intelligent web of emotions across all characters across the high's and lows of their life's experiences.

I had a hard time turning off this book , even past bedtime ! Loved the storyline and narration. When is Book 3 coming out? Please notify me.

What made the experience of listening to The McKinnon Legends the most enjoyable?

I purchased thinking this was the third book in the series. I was sadly mistaken this is the first 2 books in 1. Save your credits and just get #3. This should be clearly marked.

Excellent book, very engaging. The attention to detail of each character and their plight kept me on the edge of my seat.

I almost gave up on the story - but it got better - it’s not terribly well written but still entertaining . Strange the way the “time travel” element was introduced .
The narrator may have a great singing boiv