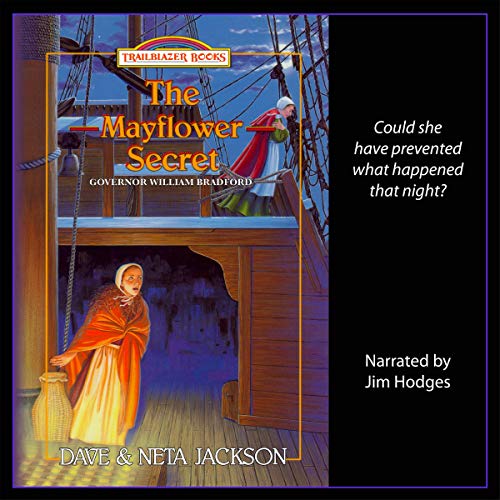 Thirteen-year-old Elizabeth Tilley and her family have been waiting for this day for months - the day the Mayflower sets sail from England. The late start means uncertain weather and a long, hard journey for everyone. But the trip seems especially rough for Dorothy Bradford, the frail young wife of William Bradford.

One night, Elizabeth discovers Dorothy alone on deck. Thinking the woman wants to be alone, Elizabeth returns to bed. But the next morning, she awakes to the news that Dorothy has disappeared! Afraid that William Brafford will blame her for his wife’s death, Elizabeth tells no one what she saw that night.

When they finally arrive in the New World, many passengers become very ill. Several of them die before the new colony is established, including Elizabeth’s parents.

Left an orphan, Elizabeth must deal with her terrible secret alone. How can she ever face Governor Bradford again? If she dares to tell the truth, will it ruin her chance for happiness in the new colony? Alone in the New World, Elizabeth guards a shocking secret....

What listeners say about The Mayflower Secret