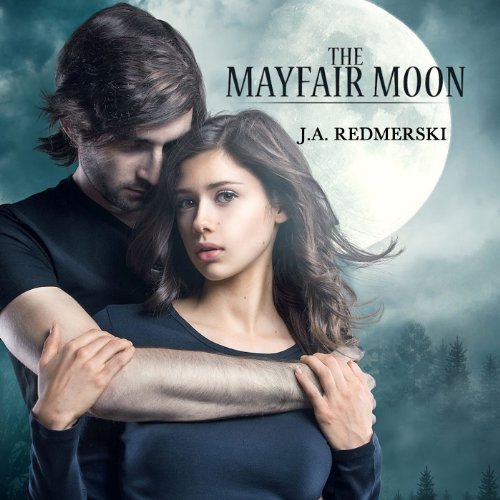 After a nightmarish encounter with a werewolf, 17-year-old Adria Dawson loses her sister, but gains the love of a mysterious young man and his legendary family. Strange and tragic things begin to happen in the small town of Hallowell, Maine: residents come down with an unexplainable 'illness' and some disappear. In the midst of everything, Isaac Mayfair is adamant about keeping Adria safe, even from her sister whom he has warned her to stay away from. As unspeakable secrets unfold all around Adria, impossible choices become hers to bear. Ultimately, no matter what path she takes, her life and the lives of those she loves will be in peril. As she learns about the werewolf world she also learns why her place in it will change the destinies of many.

An average book which would appeal to werewolf fan

It occupied me enough while I was cleaning, and by the end I was interested enough to finish reading it on my kindle so I guess it was

What aspect of Kate Reinders’s performance would you have changed?

Was The Mayfair Moon worth the listening time?

Mayfair Moon was an enjoyable enough read, and I'm always quite happy to be reading about werewolves, and this book definitely has it's fair share of some hot, sexy specimens, especially Isaac.

The main character, Adria is a likeable enough character, though slightly annoying at times, but not enough so to hinder my enjoyment of the book.

The romance bothered me though. There's an instant attraction on both sides, and from the way things were playing out, and some comments that were made by Isaac's family members, I felt we were heading towards an imprinting or bonding, which would have been fine with me, but when that turned out not to be the case, the romance just didn't work for me then. They're feeling were just too intense too quickly for my liking. Thankfully though, there were other points of interest which managed to hold my attention to this book.

Something happened at the end of this book and I think I know what it is, I'm just not sure who did it? I'm really interested in seeing how that will play out, because no matter who did it, it's not really a good thing. I think there'll be hell to pay, especially from reading the blurb of book 2.

The secondary characters were also quite interesting, especially Harry and Zia, who became Adria's best friends. And then there's Alex, Adria's sister, who's living with the enemy family. So I'm definitely curious about the next book which I've already downloaded from Audible and I'm looking forward to listening to.

The story was entertaining in that bubblegum insomnia, I know what's coming next kind of way. Sometimes it's comforting to know who is who.

Twists, turns. Make the teen talk like a teen. I expect that there needs to be some more interaction between the author and the demographic in order for authenticity. Also, the fact that the step fathe 'didn't hit us' so it wasn't abuse' seemed to be sending mmmmm yes the wrong message.

At the the end of almost every sentence it ended in a lilt. Like a question. Otherwise she did a good job.

I did finish the book so there is something to it that kept me listening. The concept is there. Or I'm hooked on the koolaid we all know as the twilight knockoff.

What did I miss?

I just don’t understand (Spoiler Alert) why Adria felt that she had to lie to Isaac for any reason about his father and his wife, and why Isaac’s own father is lying to him about the same thing It didn’t make any sense. That frustrated the hell out of me other than that the book kept me interested enough to finish it. I haven’t decided if I’m going to continue on with the series or not.

So this was my first audio book and I absolutely loved it the convenience of listening, while able to complete other tasks throughout the day. Mayfair moon was delightful and intriguing it did tend to be a wee bit slow in some parts but overall was a great story and I'll probably buy the following two books in the series.the narrator was pretty awesome as well.

What disappointed you about The Mayfair Moon?

The author had no creativity in her writing style, with no imagery and very few interesting word choices.

What could J.A. Redmerski have done to make this a more enjoyable book for you?

Spice up her verb and modifier choices in her writing.

I truly enjoyed this series. There are three books total and I listened them in about 5 days. I have listened to other books by this author and they are just as great!

Would you try another book from J.A. Redmerski and/or Kate Reinders?

I absolutely loved the books. every character belongs never awkward or annoying as in some books. The marathon to the Audible was very nice clear and easy to listen too.