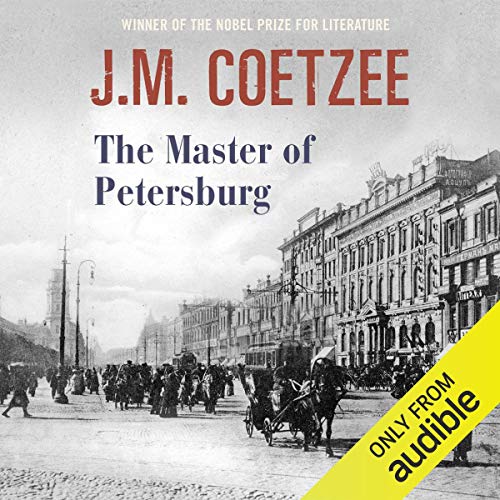 The Master of Petersburg

In the fall of 1869 Fyodor Mikhailovich Dostoevsky, lately a resident of Germany, is summoned back to St. Petersburg by the sudden death of his stepson, Pavel. Half crazed with grief, stricken by epileptic seizures and erotically obsessed with his stepson's landlady, Dostoevsky is nevertheless intent on unravelling the enigma of Pavel's life.

Was the boy a suicide or a murder victim? Did he love his stepfather or despise him? Was he a disciple of the revolutionary Nechaev, who even now is somewhere in St. Petersburg pursuing a dream of apocalyptic violence?

As he follows his stepson's ghost - and becomes enmeshed in the same demonic conspiracies that claimed the boy - Dostoevsky emerges as a figure of unfathomable contradictions: naive and calculating, compassionate and cruel, pious and unspeakably perverse.

What listeners say about The Master of Petersburg

A book for lovers of Dostoyevsky as much as of Coetzee. An homage and an intensely original meditation on the nature of the vocations of the terrorist and of the writer. Brilliantly read.