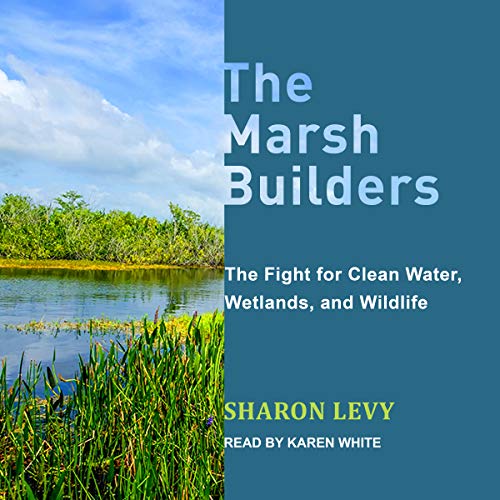 Swamps and marshes once covered vast stretches of the North American landscape. The destruction of these habitats, long seen as wastelands that harbored deadly disease, accelerated in the 20th century. Today, the majority of the original wetlands in the US have vanished, transformed into farm fields, or have been buried under city streets.

In The Marsh Builders, Sharon Levy delves into the intertwined histories of wetlands loss and water pollution. The book's springboard is the tale of a years-long citizen uprising in Humboldt County, California, which led to the creation of one of the first US wetlands designed to treat city sewage. The book explores the global roots of this local story: the cholera epidemics that plagued 19th-century Europe; the researchers who invented modern sewage treatment after bumbling across the insight that microbes break down pollutants in water; and the discovery that wetlands act as efficient filters for the pollutants unleashed by modern humanity.

What listeners say about The Marsh Builders