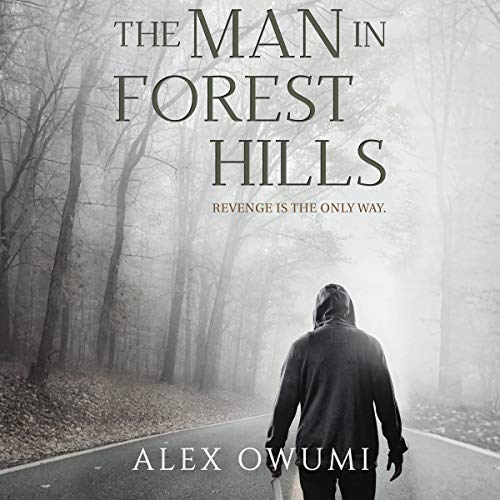 The Man in Forest Hills

Being a detective in the city of Boston is no easy task, and with the crime rate sky high, law enforcement is the only hope of getting things back in order. One of the best detectives in the state is Thomas Kent - a hard-nosed, by-the-book type who doesn’t bend the rules for anyone. With the help of his department, he has taken down some of the biggest criminals in the city and has also made a lot of enemies, as well.

For years, he has battled with the biggest drug kingpin in the city - Cecil Chambers. Chambers has been corrupting the streets for more than 20 years. Detective Kent and his partner Darren Harper have finally caught a break to bring down Chambers and his infamous crew, once and for all.

But the week Cecil Chambers gets behind bars is when it all takes an unexpected turn. Detective Kent wakes up in a hospital with bandages all over his body and no recollection of what has happened to him. He finds out that his wife and only son have been killed, so he immediately starts to look for answers.

When he finds out who is involved, he realizes the answers he needs are not too far away. He faces the reality that in order for him to get answers, he can’t approach this as a detective. At the end of it all, Thomas Kent goes from a man who unapologetically honors the shield to a man who knows revenge is the only way.

What listeners say about The Man in Forest Hills

The best sound effects ever!

This was a great book. The storyline was deep, sad but good. The ending was kinda sudden. The narrator did a good job portraying the characters. But my favorite part of this audible were the sound effects! I loved them! It really made the book more mysterious. This was a new author for me. Can't wait to hear more.

I have red Alex’s Point Guard book and was absolutely shaken by it Never been into crime stories but decided to give it a go and really enjoyed it I loved the story,surprising, enjoyed the audio effects, so easy to listen and interesting even though so different to the point guard book Looking forward to more from this not only talented basketball player but also a writer

A brilliant book have read the paper book version and loved it but listening to it through my phone was brilliant . Would definitely recommend the book to my friends and family

After already reading the book it is amazing to hear it read in a different way with all the sound effects and allows you to imagine the scenes in your head. Alex is a great writer and I have enjoyed every single one of his books.