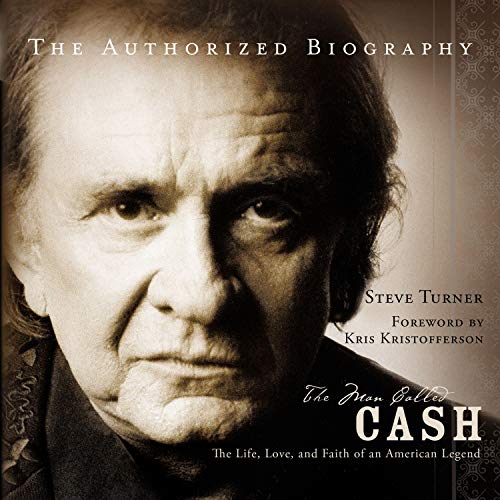 Johnny Cash is one of the most influential figures in music and American popular culture today. While he was an icon to people of all ages during his life, Cash's legacy continues after his death. His remarkable story is captured in this exclusive authorized biography, addressing the whole life of Johnny Cash - not just his unforgettable music but also his relationship with June Carter Cash and his faith in Christ. His authenticity, love for God and family, and unassuming persona are what Steve Turner captures with passion and focus in this inspiring audiobook.

Different from other books about him, The Man Called Cash brings Cash's faith and love for God into the foreground and tells the story of a man redeemed, without watering-down or sugar-coating. Unquestionably one of the biggest book releases of 2004, The Man Called Cash will be a huge success with his millions of fans and will draw in many new fans with this inspiring story of faith and redemption.

The audiobook is narrated by Rex Linn and Cash's close friend and musical partner, Kris Kristofferson.

What listeners say about The Man Called Cash