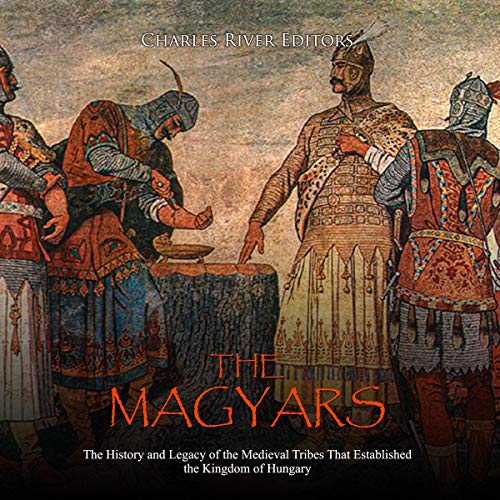 "Having crossed the Danube, they encamped beside the Danube as far as Budafelhévíz. Hearing this, all the Romans living throughout the land of Pannonia, saved their lives by flight. Next day, Prince Árpád and all his leading men with all the warriors of Hungary entered the city of King Attila and they saw all the royal palaces, some ruined to the foundations, others not, and they admired beyond measure the stone buildings and were happier than can be told that they had deserved to take without fighting the city of King Attila, of whose line Prince Árpád descended. They feasted every day with great joy in the palace of King Attila, sitting alongside one another, and all the melodies and sweet sounds of zithers and pipes along with all the songs of minstrels were presented to them.... Prince Árpád gave great lands and properties to the guests staying with them, and, when they heard this, many guests thronged to him and gladly stayed with him.” (An excerpt from Gesta Hungarorum)

Of all the steppe peoples in the medieval period, perhaps none were more important to European history than the Magyars. Like the Huns and Avars before them and the Cumans and Mongols after them, the Magyars burst into Europe as a destructive, unstoppable horde, taking whatever they wanted and leaving a steady stream of misery in their wake. They used much of the same tactics as the other steppe peoples and lived a similar, nomadic lifestyle. The Magyars also had many early cultural affinities with other steppe peoples, following a similar religion and ideas of kingship and nobility, among other things. That said, as similar as the Magyars may have been to other steppe nomads before and after them, they were noticeably different in one way: The Magyars settled down and became a part of Europe and Western civilization in the Middle Ages.

The Magyars exploded onto the European cultural scene in the late ninth century as foreign marauders, but they made alliances with many important kingdoms in less than a century and established their own dynasty in the area, roughly equivalent to the modern nation-state of Hungary. After establishing themselves as a legitimate dynasty among their European peers, the Magyars formed a sort of cultural bridge between the Roman Catholic kingdoms of Western Europe and the Orthodox Christian kingdoms of Eastern Europe. Ultimately, the Magyars chose the Roman Catholic Church, thereby becoming a part of the West and tying their fate to it for the remainder of the Middle Ages.

The Magyars: The History and Legacy of the Medieval Tribes That Established the Kingdom of Hungary examines the Magyars and their culture, from their origins through the Arpad Dynasty to their raids on Europe, the establishment of a royal dynasty, and their integration into Western civilization, marking the transition from the Magyars to Hungarians. You will learn about the Magyars like never before.

Please note: The audio references supplemental material that is not included with the purchase of this audiobook.

What listeners say about The Magyars

Lot of historical inaccuracies. Narrator could at least pronounce the names of historical figures correctly. Even "Magyars" are mispronounced.