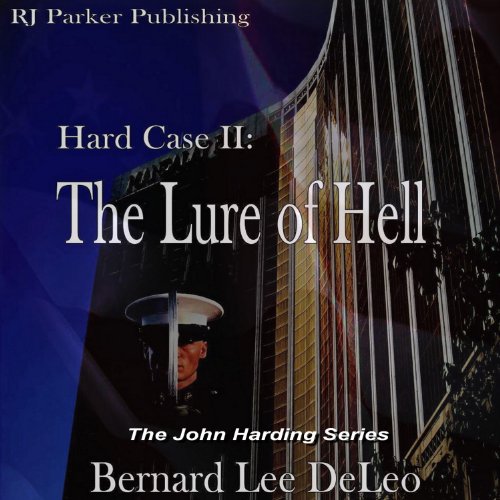 The Lure of Hell

To achieve these objectives, Harding's CIA boss, Denny Strobert, introduces two new cold blooded killers to John Harding's Oakland crew, Clint Dostiene and Lynn Montoya. Strobert has big plans for Lynn Montoya once she's freelancing with Harding's crew in the future too - he needs a woman on the West Coast Murderer's Row not afraid to get her hands or her knife dirty.

What listeners say about The Lure of Hell

If you could sum up The Lure of Hell in three words, what would they be?

I loved the palpable fear that Ms. Lynn Montoya elicited right from the pages of the novel. Her patience with her targets was so eerie that it became humorous. Lynn's comment to a potential target during a police interrogation: “Don’t mind that mean old policeman, let him leave; you and I will work it all out” nearly brought me to my knees laughing.

The scary part was in knowing she meant every word of what she said.

Have you listened to any of Kevin Pierce’s other performances before? How does this one compare?

Hey, Kevin is one of the best. In fact, I decided to discontinue buying books in this series because Kevin stopped narrating beyond book 4. He has the unique ability to left the story right off the pages and arouse the imagination. Kevin patience in narrating allows one to experience the story as though the events were happening in real time. He put the element of reality in fiction.

You only think that you're Bad!

Give me more of "Bad Girls" in novels. They are delightfully contradictory to "Sugar and Spice".