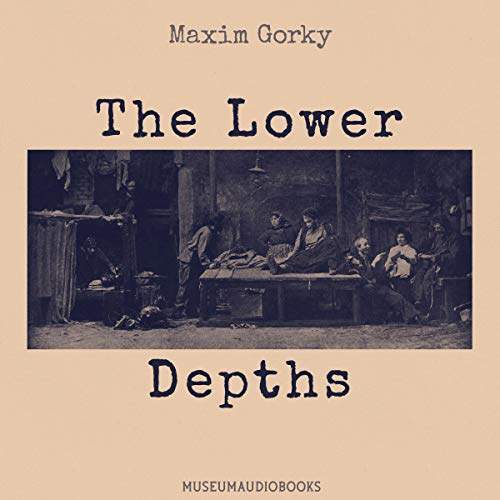 The Lower Depths, also titled At the Bottom, is a 1902 play by the Russian author and playwright Maxim Gorky (1868-1936). This work portrays a group of wretched, impoverished outcasts living in a shelter near the Volga River. They play cards and tell stories, and are briefly uplifted by a new resident called Luca who gives them hope. When he goes off, the illusion of hope collapses, and the result is murder and suicide. The theme of The Lower Depths is that of bitter truth versus the comforting illusion, and the play serves as an indictment of the type of society that allows people to be cast off so that they lose hope and turn to theft and prostitution.

What listeners say about The Lower Depths