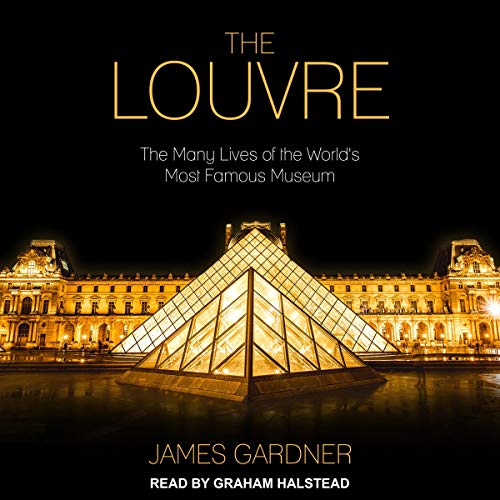 The fascinating and little-known story of the Louvre, from its inception as a humble fortress to its transformation into the palatial residence of the kings of France and then into the world's greatest art museum

More than 7,000 years ago, men and women camped on a spot called le Louvre for reasons unknown; a clay quarry and a vineyard supported a society there in the first centuries AD. A thousand years later, King Philippe Auguste of France constructed a fortress there in 1191, just outside the walls of a city far smaller than the Paris we know today.

Intended to protect the capital against English soldiers stationed in Normandy, the fortress became a royal residence under Charles V two centuries later, and then the monarchy's principal residence under the great Renaissance king François I in 1546. It remained so until 1682, when Louis XIV moved his entire court to Versailles. Thereafter the fortunes of the Louvre languished until the tumultuous days of the French Revolution when, during the Reign of Terror in 1793, it first opened its doors to display the nation's treasures.

Ever since - through the Napoleonic era, the Commune, two World Wars, to the present - the Louvre has been a witness to French history, and expanded to become home to a legendary collection, including such masterpieces as the Mona Lisa and Venus de Milo.

What listeners say about The Louvre

I was looking for something different to read so I thought I would give this book a try. Before I read this, I knew nothing about The Louvre.

The book is well written. I read this as an audiobook. As various works of art were discussed or sections of The Louvre, I went onto the internet via my iPad and looked at the pictures. That worked most satisfactorily. I was most interested in the section about Napoleon and also Napoleon the Third’s remodeling of parts of buildings. I learned not only about the building and the history but also about the art over the centuries. My problem now is I want to go to see The Louvre.

The book is twelve hours and forty-seven minutes. Graham Halstead does an excellent job narrating the book. Halstead is an actor and voice actor. He has won an Audio Award and numerous Earphone Awards for audiobook narrations.

LOUVRE IS A GRAND Tke

Vast and long is the history of this iconic building. This story does not disappoint. I learned so much about a palace that has fascinated me. When I go to the Louvre in the future I will now be as excited to see the structure itself as the art inside.