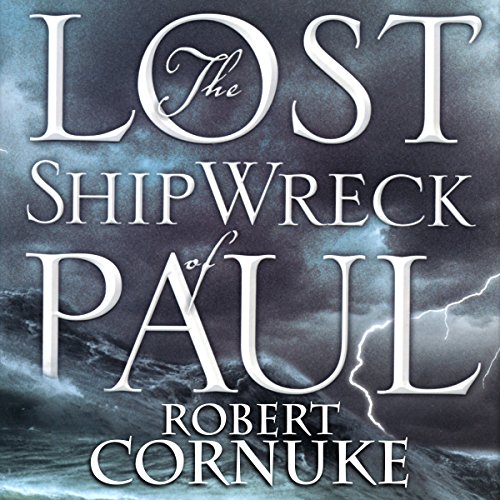 The Lost Shipwreck of Paul

The Lost Shipwreck of Paul

Escape into this odyssey and you will find yourself reckoning with the actual account of the Apostle Paul's historic shipwreck recorded in the Bible.

In September of 2000, Bob Cornuke flew to Malta. That trip marked the start of nearly two years of research and discovery in search of the lost anchors described in Acts. The true story of The Lost Shipwreck of Paul reads like a gripping fiction novel, as Cornuke takes readers along with him into the investigation. Using techniques he learned as a police officer and crime scene investigator, he probes each angle of the mystery.

Cornuke takes you into his life experience to find the answer in The Lost Shipwreck of Paul. Suspense and drama unfold in this riveting, true account that presents one of the most astounding discoveries of the century. It is history found and history made.

“This astonishing account of the intrepid sleuthing by a uniquely skilled investigator is more than simply a gripping [pause-resister]. In an age when it has become fashionable to treat anything dealing with the Bible with cynical skepticism, Bob Cornuke's remarkable discoveries may well prove to yield apologetic implications comparable to the discovery of the Dead Sea Scrolls!” (Chuck Missler, PhD)

“The Lost Shipwreck of Paul is evidence that demands a verdict.” (Josh McDowell, author/speaker)

“Bob Cornuke hits the [listener] right between the eyes with compelling, detailed evidence regarding The Lost Shipwreck of Paul. This one will give an agnostic intellectual whiplash.” (Joel A. Freeman, PhD, author)

What listeners say about The Lost Shipwreck of Paul