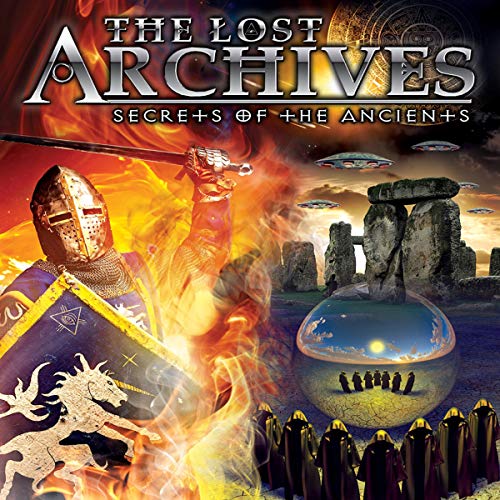 Deep within forgotten chasms and underground vaults all over planet Earth, it is rumored there are sacred places that hold the vast knowledge of the ancients; secrets so powerful and so sacred that they have been hidden from mankind for eons. Now researchers are beginning to unearth these secrets and putting the pieces of the forbidden past together, a massive puzzle that is well underway by archeologists, scholars, and researchers, this comprehensive audiobook details some of the biggest lost history archives of all time. Journey into the forbidden past and learn the mysteries that have eluded us for centuries.

The Lost Mariners - The Vikings long held a discovery on the scale of the Great Pyramids of Egypt and the Lost Tomb of Jesus, holding ancient truths of wisdom from a lost, yet highly sacred Church of the forbidden past.

Inter-dimensional Journey - We discover that a technique exists in which we can all travel and journey to "other realities" which exist within us, showing that ancient man was far more advanced than we previously believed.

Mary Magdalene's Murder - Was Mary Magdalene murdered? Did the Catholic Church conspire to eradicate the Holy Bloodline from existence? Come with us as we go beneath the streets into ancient tunnels to find the tomb while exploring little known Templar sites.

Solomon's Temple Unveiled - Solomon's Temple in Jerusalem, reputedly the source of the most esoteric knowledge in human history - has fascinated scholars, seekers and dreamers for centuries. Many have tired in vain to discover its lost history.

The Serpent People - Legend of the Serpent exposes the truth to many mysteries: The Holy Grail, The Elixir of Life, Altered States of Consciousness, and The Death, Burial and Resurrection of Jesus and the Hero.

The Secret of Jesus - As Professor Hugh Montgomery explains, many royal families around the globe know that they are indeed descended from Jesus and the Davidic line, and yet this incredible story has remained a secret for centuries.

What listeners say about The Lost Archives