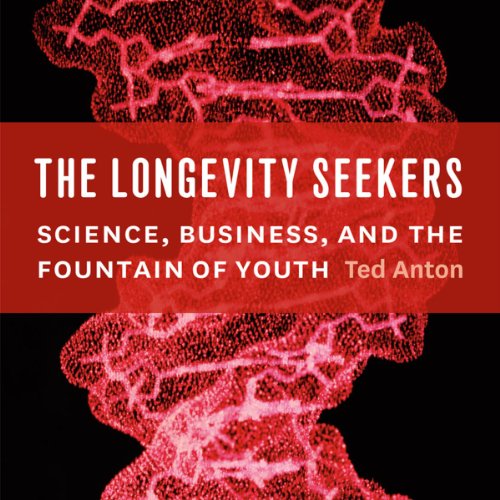 People have searched for the fountain of youth everywhere from Bimini to St. Augustine. But for a steadfast group of scientists, the secret to a long life lies elsewhere: In the lowly lab worm. By suppressing the function of just a few key genes, these scientists were able to lengthen worms’ lifespans up to tenfold, while also controlling the onset of many of the physical problems that beset old age. As the global population ages, the potential impact of this discovery on society is vast - as is the potential for profit.

With The Longevity Seekers, science writer Ted Anton takes listeners inside this tale that began with worms and branched out to snare innovative minds from California to Crete, investments from big biotech, and endorsements from TV personalities like Oprah and Dr. Oz. Some of the research was remarkable, such as the discovery of an enzyme in humans that stops cells from aging. And some, like an oft-cited study touting the compound resveratrol, found in red wine - proved highly controversial, igniting a science war over truth, credit, and potential profit. As the pace of discovery accelerated, so too did powerful personal rivalries and public fascination, driven by the hope that a longer, healthier life was right around the corner. Anton has spent years interviewing and working with the scientists at the frontier of longevity science, and this audiobook offers a behind-the-scenes look at the state-of-the-art research and the impact it might have on global public health, society, and even our friends and family.

With spectacular science and an unforgettable cast of characters, The Longevity Seekers has all the elements of a great story and sheds light on discoveries that could fundamentally reshape human life.

What listeners say about The Longevity Seekers

Riveting, character based account of the discoveries, personalities and motivations that shaped the longevity movement.