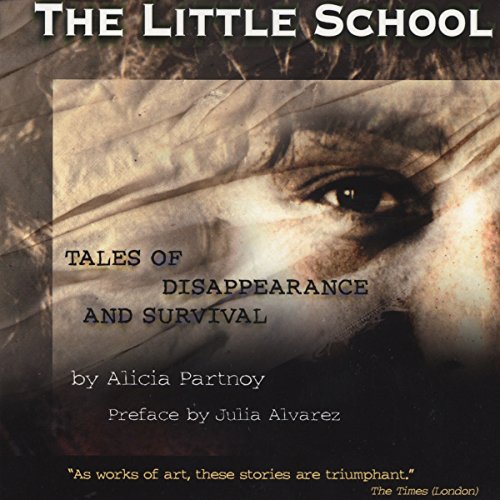 One of Argentina's 30,000 "disappeared", Alicia Partnoy was abducted from her home by secret police and taken to a concentration camp where she was tortured, and where most of the other prisoners were killed. Her writings were smuggled out of prison and published anonymously in human rights journals.

The Little School is Alicia Partnoy's memoir of her disappearance and imprisonment in Argentina in the 1970s. Told in a series of tales that resound in memory like parables, The Little School is proof of the resilience of the human spirit and the healing powers of art.

The Little School has appeared on the London Times best-seller list and was a Pushcart Foundation Writer's Choice Selection. The NEA selected The Little School for exhibition at the Buenos Aires and Frankfurt Book Fairs, and the Association of Jewish Publishers selected the book for exhibition at the Moscow International Bookfair. The second edition features a revised introduction by the author and an introduction by Julia Alvarez.

What listeners say about The Little School

Re-record this with a reader with much less of an accent.That might have brought it up to a 3.

Would you ever listen to anything by Alicia Partnoy again?

The author presents herself as an unrepentant Peronist. Considering the enormous damage that Peronism has done to Argentina, I do not consider the author a reliable source on a conflict where both sides were arguably wrong. In selecting memoirs to read, I look for total honesty, which requires a degree of self-examination. The author makes clear in the first 20 minutes that she hasn't examined her political beliefs from anything remotely like a critical perspective. Her response to cruelty and suffering is understandable, but I had hoped she would have learned more from it.

Re-release this book with a new narrator and give it a fair chance.

This book was a little confusing. The story was not in order and jumped around a lot. Certain things made more sense somewhere in the middle of the book, but made me think "this would have been helpful to know in the beginning". Some things were not explained and details were left out. It just kind of ended. Not really any resolution. I usually like true stories (is it true?) but I wouldn't read this again.

hard to put on stop!

If you could sum up The Little School in three words, what would they be?

What other book might you compare The Little School to and why?

Have not read anything I can compare

Have you listened to any of Yazmin Venegas’s other performances before? How does this one compare?

No but I would like to. She has a great voice and knows how to deliver. It is as if she were right there in front telling you the story. She speaks with an accent but it only made it that much better in telling the story. She was very believable.

There were many parts that were moving but especially when Graciela gives birth and the guards take her baby away from her while in the concentration camp.

I would like to hear more works by Yazmin Venegas. Does she have anything else in the market?

A Glimpse of Political Terror

Not a comprehensive overview of a dark chapter, but a persona glimpse of horror!

The personalization of a distant horror supported by the U.S. government.

What aspect of Yazmin Venegas’s performance would you have changed?

Hard at times to understand her pronunciation of English words.