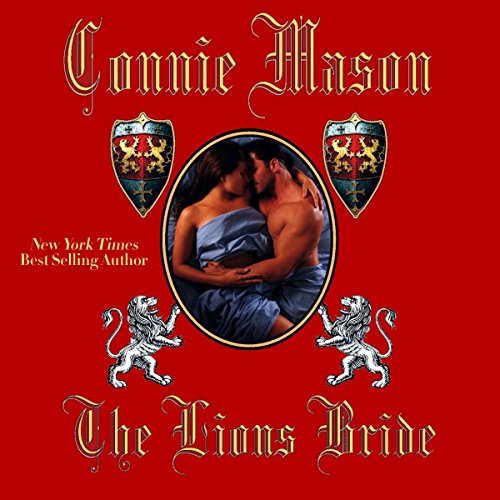 Lord Lyon of Normandy had saved William the Conqueror from certain death on the battlefield, yet neither his strength nor his skill could defend him against the defiant beauty the king chose for his wife.

Ariana of Cragmere lost her lands and her virtue to the mighty warrior, but the willful beauty swore never to surrender her heart.

Saxon countess and Norman knight, Ariana and Lyon were born enemies. And in a land rent asunder by bloody wars and shifting loyalties, they were doomed to misery unless they could vanquish the hatred that divided them - and unite in glorious love.

What listeners say about The Lion's Bride

This was one of the best and exciting books I’ve read in a longtime. The characters were real and interesting, the adventures were great and the twists and turns made for an exceptional story. Bravo to Connie Mason. I can’t wait to read another book from her list!

I am looking to read another if Connies medieval romances. She writes an excellent story. I recommend her books to you highly!😎

Least favorite by this author

The narrator was easy to listen to and I picked up this book as it is one of Connie Mason's earlier novels and I adore her. This particular book of hers was my least favorite. I felt like her protagonists were a bit too pigheaded and overdramatized in this read. Took way too long to wrap up, I felt.

I couldn't stop listening to this book. There is a lot of tension between Ariana and Lyon from the beginning and rightly so. There is also a strong part in the book regarding the Nuns. Because of what I witnessed as a child, the attitude of the head Nun was not far reached. Toward the later part of the book it fell a little short, but overall I really enjoyed it and Simon Mattacks is great. I look forward to more book by CM.

This book was a quick listen, but there was no softening of hearts before the ending, which got dull throughout. This is a pretty good attempt at historical romance, but the scenes were disjointed and lacked clear transitions.

The story is good but the best thing is listening to Simon in his sexy baritone with a French flair as Lyon/Leon the Lion!

I hate wishy washy heroines. They irritate me to no end. It is absolutely THE WORST. The narrator could have something to do with it, but still she is annoying.