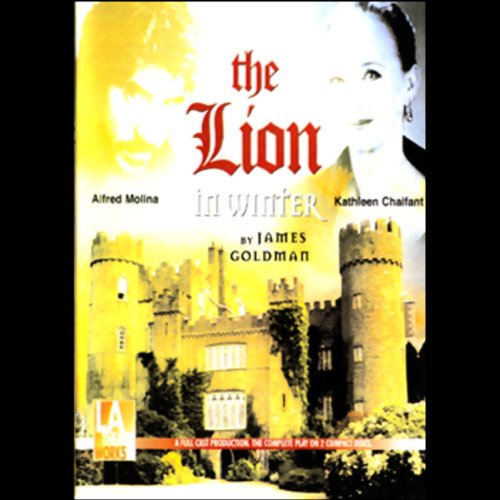 The Lion in Winter

Insecure siblings fighting for their parents' attention; bickering spouses who can't stand to be together or apart; adultery and sexual experimentation; even the struggle to balance work and family. These are themes as much at home in our time as they were in the twelfth century. In James Goldman's classic play The Lion in Winter, domestic turmoil rises to an art form.

Keenly self-aware and motivated as much by spite as by any sense of duty, Henry II and Eleanor of Aquitaine maneuver against each other to position their favorite son in line for succession. By imagining the inner lives of Henry, Eleanor, and their sons, John, Geoffrey, and Richard, Goldman created the quintessential drama of family strife and competing ambitions, a work that gives visceral, modern-day relevance to the intrigues of Angevin England.Combining keen historical and psychological insight with delicious, mordant wit, the stage play has become a touchstone of today's theater scene, and Goldman's screenplay for the 1968 film adaptation won him an Academy Award.

"[A] classic tale of deep family dysfunction and Machiavelli-level intrigue....Witty and wrenching, full of dagger-sharp quips and veiled motives." (The Boston Globe)

What listeners say about The Lion in Winter

I had thought that this play was so well-written that any reading would be wonderful.... I was wrong. This recording cannot begin to compare to Peter O'Toole's and Katherine Hepburn's Henry and Eleanor. What particularly hurt this recording was Eleanor's timing - so much was missed.

Where does The Lion in Winter (Dramatized) rank among all the audiobooks you’ve listened to so far?

This dramatization of the play was well done, made me wish I were seeing it rather than just hearing it.

What was one of the most memorable moments of The Lion in Winter (Dramatized)?

There were several witty quotes, my favorite being "I'm villifying you for God's sake, pay attention."

The different actors helped to give each character depth, and brought some of the history into the story.

And you thought your family was bad!

Dramatization is not my favorite medium, but this was well done.

great. story...Peter. O'Toole and Katherine Hepburn cannot be replaced however. Still a great yarn however

one of the best plays ever.

it's Charming witty dramatic comedic and Rife with memorable lines. one of my favorites is quote love in a world where Carpenters get Resurrected anything's possible. in my theatrical life I've had the opportunity to play Geoffrey twice and Henry once. it's a play that I will go out of my way to see at every opportunity.

A Lion of a Drama