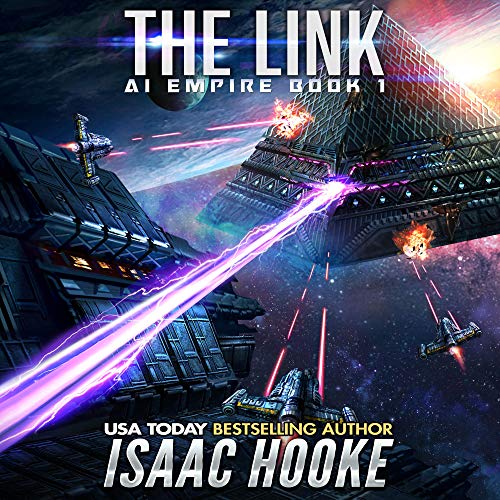 By: Isaac Hooke
Narrated by: A W Dickson

An impossible enemy. A fleet surrounded.

Jain and his fleet of elite AI warships hurry to Earth's defense when an alien empire known as the Link stages an all-out attack. Though his fleet is equipped with the most powerful weapons tech ever developed, with enough firepower to raze an entire moon base, even Jain's mighty vessels prove no match for the enemy.

When unexpected allies show up, the tide seems to turn in his favor. But will it be enough?

Perhaps. The aliens were expecting to find a race of organics barely out of the stone ages.

It must have come as quite a shock when they realized they faced a budding AI Empire.

Book One of a full-length military science fiction trilogy, The Link ends in a cliffhanger. Book Two, The Alliance, is available now.

What listeners say about The Link

Felt rushed and to many characters introduced at one time. The story needed to be split up and the characters fleshed out more.