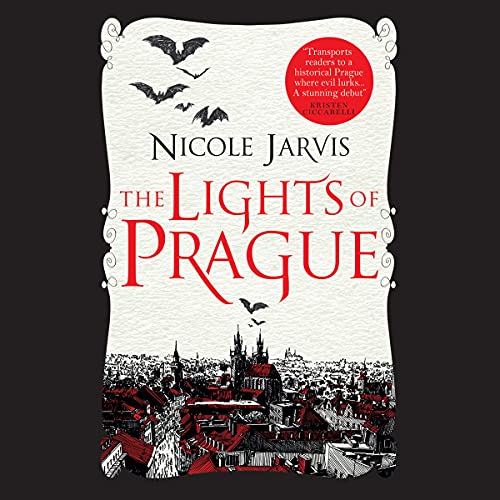 The Lights of Prague

In the quiet streets of Prague, all manner of otherworldly creatures lurk in the shadows. Unbeknownst to its citizens, their only hope against the tide of predators are the dauntless lamplighters - a secret elite of monster hunters whose light staves off the darkness each night. Domek Myska leads a life teeming with fraught encounters with the worst kind of evil: pijavica, bloodthirsty and soulless vampiric creatures. Despite this, Domek finds solace in his moments spent in the company of his friend, the clever and beautiful Lady Ora Fischer - a widow with secrets of her own.

When Domek finds himself stalked by the spirit of the White Lady - a ghost who haunts the baroque halls of Prague castle - he stumbles across the sentient essence of a will-o'-the-wisp, a mischievous spirit known to lead lost travelers to their death, but who, once captured, are bound to serve the desires of their owners.

After discovering a conspiracy amongst the pijavica that could see them unleash terror on the daylight world, Domek finds himself in a race against those who aim to twist alchemical science for their own dangerous gain.

What listeners say about The Lights of Prague

It’s set in 1800s Prague. It follows Lady Ora, an independent, bold monster, and Domek, giant, blushing monster hunter, who are friends but don’t know about the other's alter ego. Fighting a pijavica, Domek finds a highly coveted enslaved Willow the Wisp and it sets the story in motion.

Trying to think of comp titles has me stumped because the story and the author’s voice are unique but if I had to I’d say Van Helsing meets HBOs Nevers meets a Darker Shade of Magic.

It’s a sophisticated vampire story that’s slow burn, built word by word. There is a vast cast of characters you wish you got more of and an interesting story that engages until the end.

If you like magic, fantasy, historicals, vampire, or monster hunters pick this one up!