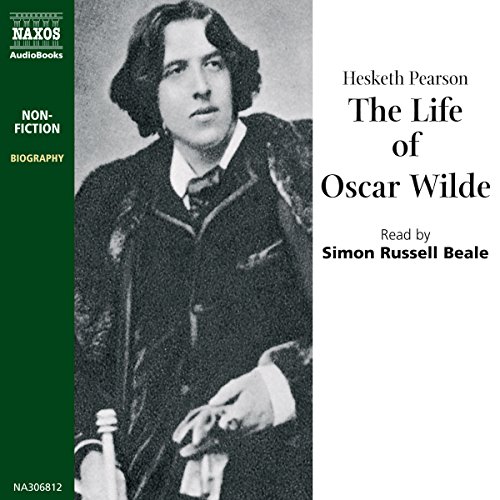 The Life of Oscar Wilde

"Esoteric prurience... Stupid and vulgar... Delights in dirtiness... Garish vulgarity..." These are snippets of reviews of Oscar Wilde’s masterpiece, The Picture of Dorian Gray (1890). As poor Oscar would find out, similar words would be spoken about his life, particularly regarding his sexual inclinations. Noted British actor Simon Russell Beale gives profound voice to this sad biography of one of the true geniuses in English letters.

Originally published in 1946, The Life of Oscar Wilde is regarded as critical in rehabilitating Wilde’s reputation. This recording graciously provides modernist music in between chapter breaks: Note the pleasantness of the strings accompanying Wilde’s cozy childhood, and the minor key descent as Wilde ages. The production of this fine audiobook does Wilde - and the listener - a great service.

This is the remarkable and tragic story of Oscar Wilde, legendary wit and conversationalist, author of perhaps the most perfect comedy in the English language, yet seemingly doomed by his own flawed temperament to suffer at the hands of a censorious and hypocritical society...

What listeners say about The Life of Oscar Wilde