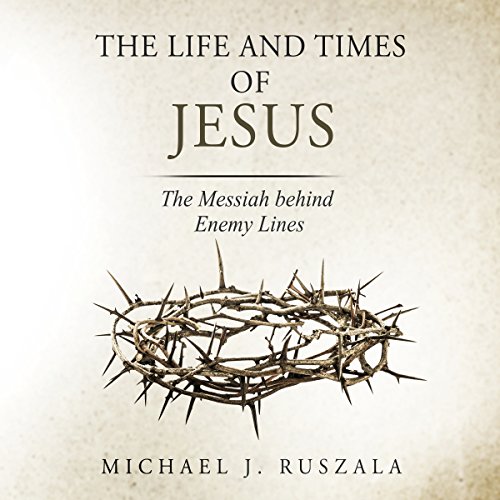 The Life and Times of Jesus

Jesus was a Messiah behind enemy lines - God come into a sinful world ruled by evil. He was on a secret mission to save humanity. To Jesus' first-century Jewish contemporaries, whatever the Nazarene might be, he was not simply "another good rabbi".

Jesus was a polarizing figure. One believed either that this powerful preacher and wonderworker was uniquely of God, or that he was an agent of the Evil One. As he said in Luke's Gospel, "Whoever is not with me is against me, and whoever does not gather with me scatters (Lk. 11:23)."

We often speak of the love, mercy, and compassion of Jesus, but Malachi also prophesied of him, "Yes, he is coming, says the LORD of hosts. But who will endure the day of his coming? And who can stand when he appears? For he is like a refiner's fire (Mal. 3:1-2)." That is indeed how he came. Jesus was always moved by love of God and neighbor, but he was not always "nice". He was "meek and humble of heart" (Mt. 11:29) but never tame.

Innocent though he was, it is little wonder that his boldness and zeal for righteousness provoked such powerful enemies; he knew it would be so. Jesus walked the Earth at a time when human life had become cheapened, and prompt and brutal execution was a matter not so much of justice, as of expedience.

Ultimately, Jesus' paradoxical roles as fiery prophet and meek Lamb of God would intersect on the wood of the cross.

What listeners say about The Life and Times of Jesus

Unfortunately this book did not keep me interested enough to continue listening.
It was not easy to follow and unfortunately not what I expected. Easy explained chronological order of the life of Jesus, it is not.

The Life and Times of Jesus: Really?
This is one of the worst “Christian” audiobooks I’ve purchased..The narration was like a trip to the dentist for a root canal.
A lot of words but not much to hear.
I can not recommend this work.